The Goodbye to loved ones during the pandemic 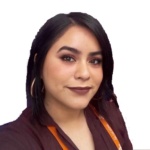 Since death began to acquire a specific meaning for ancient civilizations, and later for society as we know it today, it has been surrounded by rituals and ceremonies that allow the emotions that are generated around death to be expressed, as well as to give it community meaning, which around the world has been abruptly modified by the covid19 pandemic.

The rites, rituals, and ceremonies are not exclusively to show affection to the deceased, but rather express the pain towards the community that shelters it, that is that they fulfill social and psychological functions determined by personal and group beliefs, however, in this historical moment, it is the context of the health crisis that has determined certain protocols that do not allow physical contact and closeness with others.

In the West there is a conception of death, generally, it is something that is avoided talking for different reasons, and it is understood as something contrary to life. However, for other cultures and religions, death is another stage of life, that is, manifesting itself even when pain is inevitable, even when thinking about life after earthly life, reincarnation, heaven, or nowhere.

Dr. Patrick Johansson wrote that funerals in pre-Hispanic times fulfilled a function of catharsis, even though no such concept existed in indigenous thought, which today can be compared to the process of mourning.

In this sense, explains Johansson, in the pre-Columbian world, a message was understood until it was felt, as the Nahuatl word mati proves, which encompasses the fields of thought, that is, “knowing”, as well as feeling with “feeling.”

Due to the protocols for Covid19 infections, it has become impossible for many people to remain around their relatives and loved ones in their last moments of life, and according to psychology, this can trigger difficult grief. Writer and psychiatrist, Elisabeth Kübler-Ross who accompanied many dying people, said that sharing fears and pending issues can help make the death process more humane. 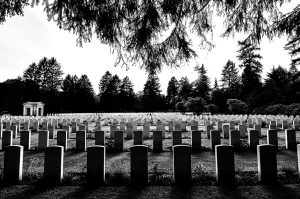 Despite this situation that we are going through, there are people, such as nurses and medical personnel who have used technology and social media, to be the communication link between their patients and their families through letters and electronic devices, and that has allowed people in many occasions to express what you want to express, and give a certain comfort to family members and loved ones, however, in another scenario there has not been such a possibility, many times because there is no way to do it, or in the specific case of The United States and Mexico because the borders were closed no nonessential travel.

Even when historically we are not the only generation that has gone through pandemics and difficult duels, we are characterized by the possibility of resorting to other means, that is, to go if possible and necessary to psychological therapy which allows us to overcome a stage of deep pain.

This so-called new normal has shaken us internally and socially in many ways, but we also have the possibility of resorting to new schemes that adapt to a reality that has forced us not to do things as we used to, that is, in unstable times it can be vital to leave rigid schemes behind, we can learn to understand our own pain and the pain of others, we can rethink what is necessary.