Breaking News
Home / BINATIONAL / The Force that Moves the Vote

The Force that Moves the Vote 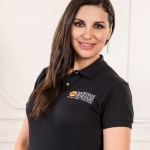 AMLO prepares to take oath as the new president of Mexico. The president-elect will take office on the first of December 2018 and with him his new cabinet.

Andrés Manuel Lopez Obrador, who for the third time sought to occupy the most important position in the nation, finally achieves his goal with 54% of the vote.

But, what was the electoral phenomenon that technically caused him to wipe out the majority of votes in what was the largest vote in the history of Mexico, where even for the first time the option was opened for Mexicans in foreign countries to exercise suffrage?

In January 2017, President Donald Trump was only ten days in office, when AMLO announced a tour that took place in the United States to support immigrants.

On his trip to different US cities, the then Mexican candidate accused Trump and his advisors of talking about Mexicans as Hitler and the Nazis did when they referred to the Jews, and of supporting “a campaign of hatred that is completely neo-fascist.”

After this, he published a book about that trip, titled “Hey, Trump,” (Oye, Trump) which was translated into English and he achieved great sales and said he decided to face the US government while the Mexican president, Enrique Peña Nieto, was silent.

His third attempt was decisive since Andrés Manuel had come a long way trying to occupy the presidency of Mexico on two other occasions. 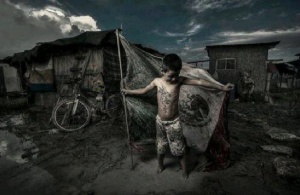 This activity generated controversy and suspicions that López Obrador sought to use the high rejection that Trump generates among Mexicans to obtain votes.

As the candidate known by his initials “AMLO” gained a foothold in the campaign, many linked his popular support with what Trump is doing in the United States.

“With his attacks and insults to Mexicans, Trump flatly favored López Obrador, without using much sanity, because the United States will struggle with a populist and demagogue government”, this was highlighted in a commentary by Peruvian writer and Nobel Literature Prize 2010, Mario Vargas Llosa.

So, after the election of AMLO as the next president of Mexico who will hold office until 2024, the inevitable questions are: Did Trump really contribute to his triumph? Will they have a harmonious bilateral relationship?

Over the months, the current president of the United States and the president-elect of Mexico seem to be understanding, even a reasonable agreement is being reached in NAFTA, an issue that concerns businessmen on both sides of the border.

Some say that the reason of this is that Trump has more respect for AMLO than for Peña Nieto, in addition to being contemporaries and sharing the same objective for their country: focusing on internal progress rather than globalized growth.

The campaign rhetoric of both candidates was internal progress, opportunities for the poor and more jobs for the lower class. Representing this group the majority of voters, for that reason, the probable triumph of the candidate was more than predictable.

And in general is that the people are fed-up, fed-up of corruption, fed-up of the lies of governments, fed-up of the farce of career politicians, fed-up of seeking opportunities and not finding them, fed-up of insecurity and fed-up to believe that things will change and that such a change never happens, which is why the phenomenon of migration doesn’t stop, given that it is these people who, in the spirit of finding better opportunities for their families, are willing to take all kinds of risks, even that which can lead them to lose their own lives in the pursuit of happiness and realization of their dreams.

And it is that same passion that moves masses from one place to other in the search for better opportunities, the same one that in every election determines who will rule; that passion is the force that moves the vote.