THE FIRST PHASE OF THE METROPOLITAN BUS PROJECT BEGINS IN TJ 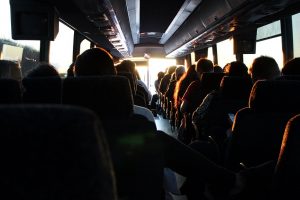 The project known as Metropolitan Bus began with the commissioning of four routes from Natura, Margaritas, Valle de las Palmas and Terrazas del Valle to the Insurgentes Terminal of the Tijuana Comprehensive Transportation System (SITT).

The Secretary-General of the Government, Amador Rodríguez Lozano, said that during the State Administration headed by Governor Jaime Bonilla, unprecedented work has been done on the issue of mobility and transportation, which is already bearing fruit.

“Putting these routes in operation is the result of the work and the agreements that we have reached with the carriers; meetings that have allowed the establishment of new routes, relocation of others and all thinking of the benefit of the people, of Tijuana in this case,” said Rodríguez Lozano.

The Secretary-General said that new routes will be incorporated in the coming weeks, which are accessible since they will save time and money for users