THE FIRST GAME AGAINST AGUACATEROS IS RESCHEDULED 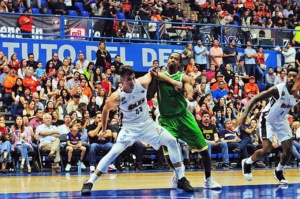 Mexicali, Baja California. – Soles de Mexicali and Aguacateros de Michoacán rescheduled their first confrontation this November 21, 6 Soles players find an Influenza box that did not allow the entire team to travel for the first commitment.

Aguacateros de Michoacán agreed to the change of date due to the complicated situation, the players affected are Aaron Valdés, David Laury, John Flowers, Eric García and Lorenzo Mata, as well as part of Mexicali’s coaching staff.

The board of Mexicali Soles appreciates the understanding and support of the Aguacateros Club of Michoacán to reschedule the game and give all the facilities for our team to reach these commitments in better health conditions.

Days 23 and 24 of the Sisnova LNBP League, between Michoacán and Mexicali, will take place on Saturday 23 and Sunday 24 November in the Auditorium of Multiple Uses of the Michoacana University of San Nicolás de Hidalgo.

Soles is in first place in the western zone with 18 wins and 4 losses, while Aguacateros de Michoacán is in third place with 15 wins and 7 losses.

In the series, they face the two best offensives of the tournament, where Mexicali heads the table with 93.86 units scored per game while Michoacán averages 90.32 when defending Soles is one of the best defenses in the competition with an average of 80 points received and Aguacateros is in the fourth position with 83.14 points per game.