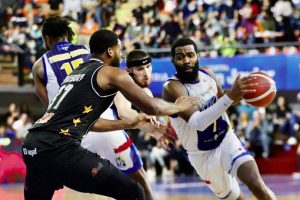 The journey of Soles de Mexicali in the 2021 season ended in Jalisco when they fell 81-87 against the Astros of Jalisco in the fifth and final game of the final series of the West Zone of the 2021 season of the Sisnova LNBP League.

Iván Déniz’s team could not establish their game against the locals, who took the lead from the first quarter to get a win and start their road to the finals against Fuerza Regia of Monterrey.

The first half concluded with a tight 25-23 partial and at halftime, the Astros remained in front with a 51-46.

The third period was of a low score, only 17 from Jalisco and 12 from Mexicali, and although the Soles reacted during the fourth period by winning 23-19, it was insufficient to avoid the disaster.

Avri Holmes with 20 points was the main scorer for the Astros, in addition, Jordan Loveridge contributed 16 points and 6 assists, while Jared Frame had 15 points.

Soles says goodbye to the season with the promise that in the next one they will have returned stronger for the search for their fifth championship, the fifth star.