Against all odds, Mexico’s economy has growth in the first year of Trump.

One year after Trump took office, NAFTA remains in place. When Trump won the election a year ago, the Mexican peso fell by approximately 11%. A year later, the Mexican economy is in economic growth because the North American Free Trade Agreement or NAFTA still continues.

“Against all odds, the economy of Mexico has growth in the first year of Trump,” said Dr. Alejandro Diaz Bautista, an economist, national researcher at Conacyt and research professor at El Colegio de la Frontera Norte (El Colef). .

Fear seized Mexico’s economy in November of last year, following the surprise victory of Donald Trump in the presidential elections in the United States. The Mexican peso depreciated 11% to its lowest level in history. The stock market lost 19% of its value in the three following days. While the Bank of Mexico initiated a “contingency plan” to mitigate the losses.

During 2018, Mexico’s economy still has some economic and political challenges ahead, including the presidential election next July and the renegotiation of the North American Free Trade Agreement or NAFTA.

During and after his campaign, Trump threatened to raise taxes on products made in Mexico. About 80% of Mexican exports go to the United States, which makes bilateral trade a key ingredient for its economy.

Trump threatened to withdraw from NAFTA, which would have consequences for both Mexico and Canada and the United States, although many experts say that Mexico would receive the strongest blow. The Mexican economy surpassed, with a high approval, one of the most complex years in economic material of its recent history, after the arrival of the Republican Donald Trump to the White House. 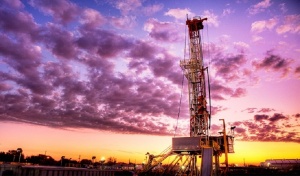 It is estimated that the GDP of the second most populous country in Latin America grew by 2.1% in 2017, in line with what was predicted by the Ministry of Finance, the Bank of Mexico and the majority of analysts. By sector, those that contributed the most to growth in 2017 in Mexico were tertiary (services) and primary (agricultural activities), 3.1% and 2.8% respectively, while industry subtracted six tenths of a point from GDP. However, the International Monetary Fund (IMF) as the Organization for Economic Cooperation and Development (OECD) argue that the structural reforms put in place by the current Administration, such as energy, labor, telecommunications and financial, will bear fruit during the next sexennium.

Finally, the president of the United States, Donald Trump, reiterated in January 2018 that he wants to work with the Democrats to find a permanent legislative solution that allows those protected by the Deferred Immigration Action Program known as DACA to remain in the country, but only if it includes the long-promised border wall, in addition to changes in the immigration system.