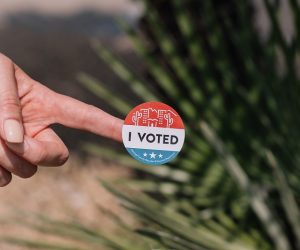 “The economy and the outbreak of COVID-19 are the most important issues that can define the vote for the presidential elections of the United States in November 2020,” explained Dr. Alejandro Díaz-Bautista, international economist, as well as research professor at the Department of Economic Studies (DEE) at the Northern Border College (El Colef).

The economic impact of the coronavirus will have a significant effect on Trump’s voters during November 2020. The economic recession attributable to movement restrictions seriously affects the candidate in power.

Economic figures such as the growth of the United States economy and unemployment are important variables and determinants of the 2020 election.

Recall that, in the months leading up to the 2016 elections, Democratic candidate Hillary Clinton was in the lead in almost all the polls against Trump, albeit by a slim margin. However, Trump won the 2016 election in the United States. The outlook for the US economy in the current quarter looks better now than it did three months ago.

On an average annual basis, the unemployment rate is expected to decline from a projected 9.0 percent in 2020 to 5.3 percent in 2023.

On the subject of employment, the Federal Reserve estimates labor earnings in the current quarter of 2,068,600 people per month. The unemployment projections for the current and the following three quarters mark downward revisions with respect to those of the previous survey.

For Latino registered voters and US voters in general, the economy and the issue of the coronavirus pandemic are rated as very important issues for their vote in the 2020 election.

An estimated 32 million Latinos will be eligible to vote in the November 2020 elections in the United States.