The challenges that lawyers face today

In commemoration of Lawyer’s Day, which is celebrated in Mexico on July 12 of each year to recognize the work of legal professionals, as well as remind us of the duty we have to comply with the law and apply justice. According to different jurists and historians, the day of the lawyer is celebrated on July 12 because on July 12, 1533, it was the first class for the teaching of Law in New Spain, in which the first ordinances of good government were issued.

In Mexico in 1960, President Adolfo López Mateos declared July 12 as Lawyer’s Day, thanks to the request made by the committee headed by Federico Bracamontes. We appreciate the efforts that have been made by countless generations of great lawyers who have honored this noble profession, however, it is important to recognize what is the reality of the legal world today, in what we have advanced and in what we are going in backward.

Today we have experienced transcendental changes that will go down in history, contagious diseases, international armed conflicts, innovation in legal sciences, drastic reforms, and political changes in our country and in the world. That is why the lawyer must be at the forefront every day, informed not only of their local context but also of the global context of the legal, political, cultural and social spheres.

Relationships through electronic means are a reality that the lawyer must recognize and learn to protect through legal channels so that legal certainty continues to exist. COVID was a watershed to accept technologies as necessary means of communication, although physical contact between people on certain occasions is still vital and more appropriate for some people, the reality is that digital platforms are undoubtedly also effective in having contact with the world and also to carry out legal relations, such as contract celebrations, corporate meetings, and hearings, among others.

The lawyer must learn to live the transition from paper to digital, physical support at the moment continues to be what enjoys legal certainty in some cases, however, there are digital resources that have legal certainty. Current generations not only live in a technological world but also in the reality of the internet, now we see digital resources that have legal certainties, such as the obligation of a contract signed with an electronic signature or by other electronic means that certifies the identity and intention to be bound by the parties.

For this reason, it is extremely important to be updated, to know the changes, the innovations that society and the globalized world demand, we must be up to date with legal and technological changes since, if we are not, just as the laws are abolished, abrogated and they become non-current positive law, so we will be as lawyers, we will be lawyers, but without force, practically obsolete. 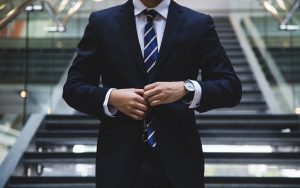 Another reality that we live in is the constant legislative changes that we are experiencing, changes that in some cases have come to improve the legal field in order to pursue the application of justice, however, we have had many changes that have been little studied and evaluated that create conflicts between the existing laws and cause greater grievances to people when they want to exercise their rights.

Likewise, our Executive Power is abusing its functions and taking practices that violate our legal system by not respecting the division of the three Powers and not to mention the work of the Judicial Power through the Supreme Court of Justice, which has recently made decisions more based on in politics than in law. That is why TODAY the lawyer has a greater responsibility to continue to demand that justice and law prevail and no other interests.

As lawyers, we must continue to have faith in our profession and exercise it day by day with the best care, as Eduardo Couture told us in the eighth commandment of the Lawyer’s Decalogue: “Have faith. Have faith in the law, as the best instrument for human coexistence; in justice, as the normal destiny of law; in peace, as a kindly substitute for justice; and above all, have faith in freedom without which there is no law, justice, or peace.”