Breaking News
Home / BUSINESS / THE BRAIN OF THE LEADER

THE BRAIN OF THE LEADER

How to maintain brain health and leadership at the same time? (If you are a leader, you will not like this article)

The way we make decisions, we integrate our social networks, we are guided by our principles, we do this or that thing, we start and maintain a business, the way in which information is captured, generated and processed, and this leads to decisions that suppose a personal or collective benefit, has a neuroscientific explanation, recent discoveries in the field of cognitive neuroscience, brain imaging, and brain connection mapping yield unexpected results, and guide us, on what role the intellect and emotions have in business and industry, but they also guide us on how to avoid the consequences of cognitive and cerebral wear and tear that occurs in leaders.

Basically, the brain of the most successful leaders depends on the cerebral cortex, which gives us rationality in making decisions, but also these decisions depend on the intuitive part of the brain, a part known as the amygdala, which in certain conditions is partially activated, and leads to feelings of optimism, empathy, and confidence when undertaking or continuing with a management effort, but it can also lead to feelings of anger, rage, and impatience if applicable.

Cognitive neuroscience studies, done in entrepreneurs who have to make important decisions, on which the future of their companies depends, and the families that depend on them, such as a functional MRI, for example, show that the cortex is activated first cerebral, the rational one, but invariably the amygdala, the intuitive and empathic part, also activates, overturning the stereotype of the heartless, rational and unfeeling businessman.

It is as if reason establishes decision-making, and intuition activates the trigger that triggers decision-making itself and also decides the direction of the effort and the magnitude of the push given to that effort. 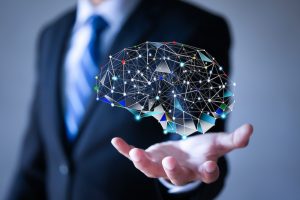 The bad news is that stress has a very negative influence on this entire process, and the fact of setting a fixed term to achieve a goal has a very negative influence on the creativity and empathy of the method to reach that goal and that stress affects subordinates or collaborators as well, affecting the final result, generating a waterfall that can lead to the failure of a corporate effort.

Therefore, impulsivity in management, difficulty in setting goals, or irresponsibility in business activities, are examples of dysfunctionalities in executive tasks and in cognitive functions that can be identified and can also be corrected, through cognitive enhancement techniques from neuroscience, such as transcranial magnetic stimulation, nootropic drugs, brain nutrition and virtual reality therapy, which we have been using with great success for some time. We improve the brain, we improve empathy, we improve decision making, if the leadership principle is not so much to influence others but to influence society, the leader must be monitored and must be in constant treatment to avoid the loss of cognitive abilities, that is the responsibility that every businessman, every leader, and every politician must adopt, or the situation will become untenable, and costly mistakes will be made.