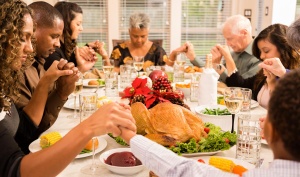 “Wise is the man who does not grieve for the things he does not have, but rejoices in those he does have.” Phrase said by Epictetus which is related to the feeling of gratitude and satisfaction for what one has without longing or covet more than that, to the point of feeling sad or saddened by it.

Being grateful is undoubtedly an attitude that is rarely shown by people, especially when they feel self-sufficient, superior, and with some power. People with such characteristics often show little empathy for others, arrogance and disinterest in things they see as simple, of little value or sentimental, not having in mind that there are things that power or money cannot buy, such as true friendship, love, health and time.

Being grateful is a moral attitude that we should all certainly have at all times. Gratitude is an attitude that allows the person who demonstrates it to be more human, sensitive and in turn to live a happier and more peaceful life.

Feeling gratitude takes away craving to have what you don’t have and is undoubtedly also a value with which many grew but few practice in their daily life, subject which is remembered this month by the festivities of the well-known “Thanksgiving” and which comes to our memory in these days with the celebrations that we all practice in the border region.

Thanksgiving is an official holiday in the United States and traditional to American culture which I believe teaches us a value that we should always have in mind and that is universal: to be grateful.

In 1621, “Thanksgiving” in Plymouth, now Massachusetts, was celebrated for the first time. The first settlers had certain traditions in Europe, where they used to thank God after a good harvest. A great banquet was held to celebrate after the hard work with the rest of the community, so on that first occasion in 1621, the end of their journey, peace and good harvest was celebrated with a prayer of thanksgiving and a great banquet that was repeated over the years and that later in the year of 1863, the American president Abraham Lincoln, made national holiday thus establishing the last Thursday of the month of November like the official date to celebrate “Thanksgiving”. Being then the first date to officially celebrate the holiday the Thursday November 26th, in 1863. 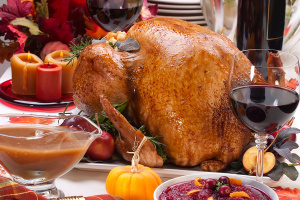 Traditionally in the United States, all families, citizens, emigrants, sympathizers and friends, over the years have continued this national tradition which consists of celebrating with a party at home where they prepare a large banquet accompanied by a traditional turkey and other rich dishes to the palate of various types, desserts and others.

On the night of Thanksgiving, before dinner, it is customary to offer a prayer of thanksgiving to the Almighty for the blessings received during the year, such as health and daily food.

I have no doubt that “Gratitude unlocks the fullness of life. It turns what we have into enough, and even more. It turns denial into acceptance, chaos to order, confusion to clarity. It can turn a meal into a feast, a house into a home, a stranger into a friend. Gratitude makes sense of our past, brings peace for today and creates a vision for tomorrow.”

Let us not forget to be grateful for everything we have, because difficult situations are experiences and lessons that allow us to learn and grow as people and the good ones … a great blessing. Happy Thanksgiving Day!