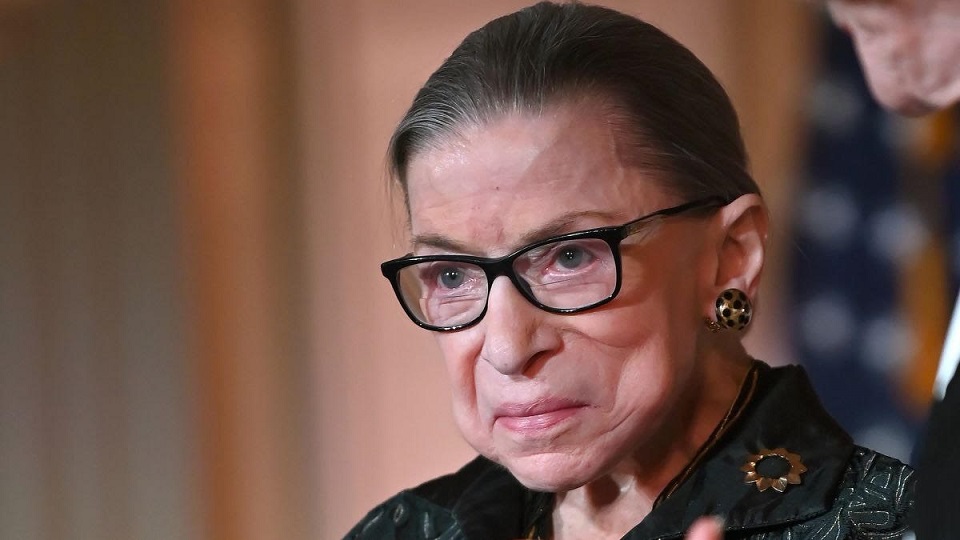 Ruth Bader Ginsburg, the Supreme Court justice who was as pioneering as she was brash, died on Friday, the court said. She was 87.

The court said the Ginsburg died “surrounded by her family at her home in Washington, D.C., due to complications of metastatic pancreas cancer.” This will certainly bring another level of drama to the election with that vacant seat up for grabs.

She was an American jurist who served as an Associate Justice of the Supreme Court of the United States from 1993 until her death in 2020. She was nominated by President Bill Clinton on June 14, 1993, and had served since August 10, 1993.

Ginsburg became the second of four female justices to be confirmed to the Court after Sandra Day O’Connor, the two others being Sonia Sotomayor and Elena Kagan, both of whom are still serving in 2020. Following O’Connor’s retirement in 2006 and until Sotomayor joined the Court in 2009, she was the only female justice on the Supreme Court. During that time, Ginsburg became more forceful with her dissents, which were noted by legal observers and in popular culture. She was generally viewed as belonging to the liberal wing of the Court.

Months later in August 2019, the Supreme Court announced that Ginsburg had recently completed three weeks of focused radiation treatment to ablate a tumor found in her pancreas over the summer. By January 2020, Ginsburg was cancer-free, however, by May 2020, Ginsburg was once again receiving treatment for a recurrence of cancer. She reiterated her position that she “would remain a member of the court as long as I can do the job full steam”, adding that she remained fully able to do so.

Days before her death, she dictated a statement to her granddaughter: “My most fervent wish is that I will not be replaced until a new president is installed.”