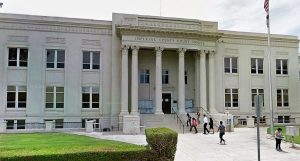 Over the last several years, the District Attorney’s Office has lost almost all its experienced attorneys to retirement and other counties with higher salaries and better benefits.

“It has been very difficult to protect the interest of the People of our county and handle all the duties allocated to the office with an extremely inexperience staff,” Imperial County District Attorney Gilbert Otero said.

The District Attorney’s office said the approval of this action will not have an additional fiscal impact on the General Fund. The cost of $45,828 for the promotions will be absorbed within the FY 2020-21.

But Otero said they are beginning to rebuild that. He told the County Supervisors that the attorneys have been thrust into high-level, complicated cases much earlier than is ideal but have learned fast.

“We cannot afford to lose these attorneys and start from scratch again. Because our county pay is already lower than most California counties, it is imperative to maintain our staff by awarding the deputy district attorney the step increases they have earned,” DA Otero said.

Otero said that they also need to compensate attorneys appropriately for prosecuting homicides, violent felonies, and sexual assault cases. The District Attorney’s office had had a huge escalation of homicide cases over the last couple of years. An attorney who is prosecuting homicide cases is responsible for the most complicated, difficult, and delicate and stress including matters in criminal court.

In a large county District Attorney’s office, a prosecutor assigned to homicide cases would not any lower-level cases assisted to them, would have a paralegal assigned to them to assist them, and also a designated District Attorney Investigator to assist on each case. Due to lack of resources, the deputy district attorneys assigned homicide cases in Imperial County still handle an additional full caseload, have no paralegal assistance, and are not assigned supervisors.

“Imperial County pays significantly less than large counties; however, the deputy district attorneys do deserve to be compensated at our county’s highest level when we are requiring them to perform the highest level work. Alternatively, we will have no chance of retaining the attorneys we have spent significant time and resources training,” Otero said.

“The work of the Public Defender is very important but surely this board believes that representing the People of our community is just as important and should be compensated equally,” he added.

Otero argued that County Counsel has fewer total attorneys than the DA but has been given seven deputy counsel positions. Four are filled, one is vacant, and the other two are under hire positions to be filled at the department’s discretion. Child support only has three attorney positions total, and two of them are Deputy Child Support Attorney.