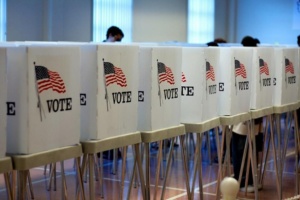 Super Tuesday is gone but now it sets the November election in motion as the General Election will be interesting to watch. In Imperial Valley, there are two seats up for grabs in the Imperial Irrigation District and one race for County Supervisor District.

This is the first time in many years that California participates in a March Presidential Primary.

Unofficial Final Results from the Imperial Register of Voters. The two Imperial Irrigation District races will be decided in November. Candidate JB Hamby was the top vote-getter receiving 40 percent of the vote. Board incumbent, Bruce Khun, got second place and will move with Hamby to the November election. In Division 4, Erik Ortega and Javier Gonzalez will go one-on-one in November.

Assemblyman Todd Gloria will compete against City Councilman Scott Sherman in a November runoff to determine who will be the next Mayor of San Diego.

County Supervisor Luis Plancarte was re-elected to his second term in a very decisive victory.