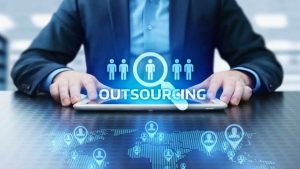 On the other hand, the regularization of subcontracting companies will be essential, in that sense, the United Labor and Social Welfare commissions, and the Treasury and Public Credit commissions approved the extension of the period for their registration before the Secretary of the Work and Social Security until next September 1st.

One of the changes included in this outsourcing reform, the subcontracting of personnel is prohibited, which is when a natural or legal person makes its workers available for the benefit of another company. The foregoing is controversial, since it allowed to avoid responsibilities, social security as well as seniority of the collaborators.

Thus, it will be possible to subcontract services and specialized works, as long as they are not part of the predominant economic activity, nor of the beneficiary’s corporate purpose, in addition, as it has been, you must be registered under an official register, which will be public.

This has triggered some questions about what specialized services are. It is worth mentioning that some studies on the subject have mentioned that the activities will be defined as specialized according to the category of the same companies, which will not be a simple task, and that they will predominantly be based on the economic activity declared in the charter.

Another important modification is the reform to the Federal Law of Workers at the Service of the State, so that in the federal government there are no such subcontracts, in such a way, those who are subcontracted will be regularized.

Regarding the irregularities and possibilities that could arise, for example, if an employer does not allow the corresponding one, the minimum fine would be 250 UMAS (Unit of Measurement and Update) which would represent approximately 22 thousand four hundred Mexican pesos or 5 thousand UMAS which would be equivalent to approximately 448 thousand pesos.

Likewise, the illicit disposition of the personnel, as well as the provision of services without the registration established before the authorities, would imply a minimum fine of 2,000 UMAS, approximately for 179,200 pesos, and a maximum penalty of 50 thousand UMAS that is equivalent to 4 million 481 thousand pesos.