Students travel to France to practice a second language 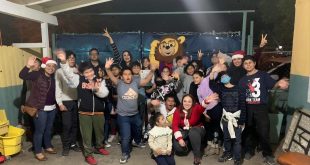 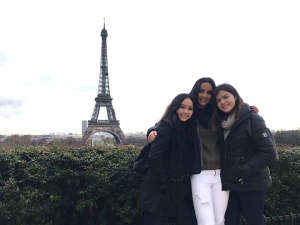 To strengthen and put into practice their French Language, a group of High School students took a field trip as part of their activities in their French program. This trip was organized by the Alianza Francesa and CETYS Highschool.

The trip to Europe was taken from the 8th to 21st of December, where students from different semesters visited various cities such as Brussels, Brujas in Bélgica, as well as Paris, Saint-Malo in France and Caen y Normandy.

During their journey, students took classes in the Alianza Francesa located in the cities mentioned above. Students stayed with sponsor families, in order to have a closer experience to the European customs and cultures, and of course to improve their French.

Alma López, from the 5th semester of the French program in CETYS Universidad, mentioned she had many experiences but most of all learned about the French culture, which she considers very pretty and rich in history.

On the other hand, Ana Karen Jáquez added that thanks to her studies of this language in CETYS Highschool, she was able to make this trip.

“I have learnd how to communicate with people who speak other languages, and during these days, I had the opportunity to learn vocabulary I was not aware of, as well as interesting things about other cultures, due to the fact that we visited museums and learned about the history of these countries, most of all France” she said.“

Teacher Georgina Villalba Cuervo, director of CETYS Highschool mentioned that this is the way this institution finds internationalization to be a key element in forming young students who are on their way to study a major; offering them the opportunity to travel around the world and at the same time become fluent in other languages used in the work field.

For further information on CETYS Highschool, please contact us at (686) 5673786 or send us an email to infocetys@cetys.mx