Students Encouraged to Believe in Their Dreams 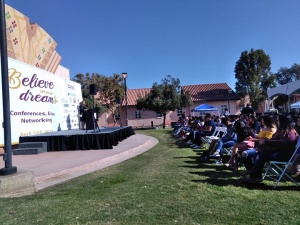 Creating a foundation for the future and planting the seeds to create better citizens was the goal of a student summit held at San Diego State University in Calexico on Friday, April 12th.

Students from the local high schools in the Imperial Valley as well as college students had the opportunity to be part of the 1st Imperial Valley Students Summit “Believe in your Dreams”, expo and conferences day, organized by Beyond Borders Gazette.

Students enjoyed a variety of conferences with some of the most successful local people and the opportunity to earn an 80% scholarship for a CETYS University Bachelor’s program, which will be delivered to an Imperial Valley Student in the coming weeks in the Fairfield Inn Hotel in El Centro, CA.

Opening the ceremony and the host of the event was Gil Rebollar, an energetic and charismatic person who is now involved in education and has become a leader in the valley.

Students learned interesting topics related to cross border business and the importance of the linkage between the education and business sector. 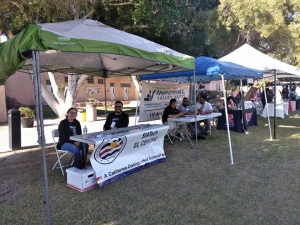 The young students also learned about the justice criminal system thanks to the District Attorney’s Office and attorney George Marquez who educated the students about his work in the juvenile courts. In this particular conference, students had many questions about the court and consequences when a crime is committed.

Imperial County Deputy CEO Esperanza Colio Warren also participated telling the students about hard work and not making excuses when facing challenges and obstacles through life. Esperanza challenged students to never give up when pursuing the goal they have in mind.

Beyond Borders Gazette is already planning the 2nd edition for 2020 in which it expects to have more participating schools and sponsors to benefit the student community, as well as having more scholarships available for more students.