Strengthening of lawfulness culture in the educational process

Dr. Roy Godson defines the culture of lawfulness as the set of beliefs, values, norms, and actions that encourage the population to believe and defend the rule of law and to not tolerate illegality. In the Mexican regulatory framework, the strengthening of the culture of lawfulness in education is based on the philosophy promoted by the constitutional established in the third article of the Mexican constitution. This precept was reformed with the high commitment to improving education and the training process of students, on May 15, 2019, with the consecration in its third paragraph that:

“Education will be based on unrestricted respect for people’s dignity, with a focus on human rights and substantive equality. It will tend to develop harmoniously all the faculties of the human being and will promote in him, at the same time, love for the Homeland, respect for all rights, freedoms, a culture of peace and awareness of international solidarity, in independence and injustice; will promote honesty, values ​​and continuous improvement of the teaching-learning process.”

For the fulfillment of the constitutional mandate, the National Development Plan, (PND) 2019-2024, finds areas of opportunity in the materials, educational methods, plans, and study programs (DOF, 2019-2024). Likewise, the educational reform proposed by the Ministry of Public Education (SEP) for this period poses as one of the guiding axes of education, the culture for peace with the objective of “generating in the educational community the culture of dialogue as a tool for the peaceful solution of conflicts, the appreciation for justice, freedom, democracy, and equality ” (SEP, 2019).

The concept of the culture of lawfulness is still new within the fields of study and research, however, it begins to gain greater importance, since it is the foundation for the improvement of our society, our institutions, and our way of governance.

It should be noted that one of the main actions for combating the phenomenon of insecurity and promote collective well-being is through the strengthening of the rule of law. This can be achieved to the extent that people respect the legal order and promote respect among members of society as a whole. 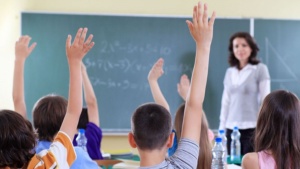 Much of what we perceive on a daily basis about the culture of lawfulness, is largely ideas and customs that are developed within the family or are disseminated by the media or television programs, which are far from reality, which in consequence affects practices little or nothing close to the development of civic values ​​and our national identity. Nowadays there is a tendency to reward or applaud the non-observance of the legal order, as long as it leads us to take advantage, which means, we live an eminent culture of illegality.

In relation to education in Mexico, it must be recognized that the perception of young people regarding matters that directly deal with important issues in our culture, such as history, civics, ethics, among others; they are subjects that are dismissed as useless because they include theories, names of characters, dates, battles, concepts, which seem detached from the reality that they have to live every day. However, being able to generate in young people a conscience or a conscious historical memory would allow us to carry out an effective intervention in the evolution of our development as a society that shares a common past.

Therefore, it is necessary to have more information and knowledge about what the rule of law really is, strengthening the culture of lawfulness and raising awareness about the positive influence that it has on our society; that the norms that establish the rights and obligations of individuals must be known and applied to guarantee harmony and social peace within the rule of law.

In this sense, it is important to promote and practice a culture of lawfulness in the education sector, with the aim of providing students with elements that favor the acquisition of knowledge about the regulatory framework to modify their attitudes and develop the competences to promote their participation in spaces of their daily life, such as work relationships, those that derive from the signing of a contract; and in their acting as citizens under the protection of the law.

In conclusion, it is necessary to strengthen the culture of lawfulness in the study plans and programs of the entire educational system, as one of the best ways for national identity and defense of the fundamental values ​​necessary for a better coexistence while preserving justice, democracy, and the common good.

Information extracted from the dissertation of Master Fernando Manuel Castro Figueroa entitled: “The necessary strengthening of the culture of legality in the educational process” of the Center for Social Research of the UABC, where you can find all referred sources.