States with the Most At-Risk Youth in 2022 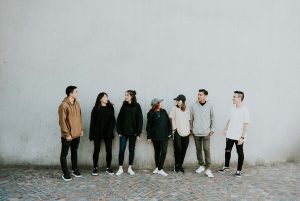 With 12.6% of young Americans neither working nor in school, exposing them to greater risk of poverty and violence, the personal-finance website WalletHub recently released its report on 2022’s States with the Most At-Risk Youth, as well as accompanying videos and expert commentary.

To determine where young Americans are not faring as well as others in their age group, especially in a year made extremely stressful by inflation and the continued presence of the COVID-19 pandemic, WalletHub compared the 50 states and the District of Columbia across 16 key indicators of youth risk. The data set ranges from the share of disconnected youth to the labor force participation rate among youth to the youth poverty rate.

There are strong reasons to think that families, and their economic circumstances, in particular, influence both parents’ and children’s emotions and behaviors, Rand D. Conger explained. He described some of the evidence for these effects, the specific processes involved, and some of the implications for intervention. Nancy A. Gonzales described the relationship between family influences and particular risk behaviors, as well as interventions that have been developed to alter these influences.

The social causation model, Conger explained, provides a framework for considering how economic disadvantage and social conditions affect family functioning and the ways that children develop.

Recent studies have provided evidence that economic factors influence families. Costello and colleagues (2003), for example, found that children whose families were lifted out of poverty when a gambling casino opened on an Indian reservation showed improvement in both psychiatric symptoms and conduct problems. Specifically, this study found that externalizing signs, including such behavior disorders as conduct disorder, improved, but that families’ improved economic circumstances did not affect the rate of internalizing psychiatric problems, such as depression.

The researchers concluded that the improvements came about in part because of improved parenting practices. Experimental studies, such as the New Hope study (Huston et al., 2003), have also shown that interventions that increased employment and reduced poverty resulted in similar improvements.

Thus, most family interventions are attempts to change one or more of these processes, and a variety of evidence from cross-sectional, longitudinal, and experimental prevention trials has yielded support for several conclusions:

Many social risk factors have been shown to increase the likelihood that adolescents will engage in risky behaviors as well as disrupt parenting and family processes. Thus, parenting and family processes are the most common targets of interventions for families experiencing adversity, such as economic hardship; parental divorce, death, mental illness; or parental criminal activity.

Research has shown that these core processes work the same way across many racial and ethnic groups; where cultural differences are evident, they reveal differences in the magnitude of the effect. Core family values, expectations, and goals, however, do vary across ethnic groups, and these differences must be taken into account when implementing family interventions, Gonzales said.

Different risks, as well as protective family resources, are common in different groups, and these can also be addressed through culturally tailored interventions. Two examples of such programs are the Strong African-American Families Program and the Familias Unidas Program. Both have reduced the early onset of substance use and sexual intercourse, as well as problem behaviors.