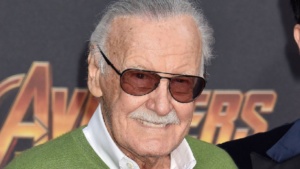 Stan Lee was remembered by many comic book fans as he would have celebrated his birthday Dec. 28.

Thanks to his imagination and talent, Stan gave us the greatest comic book Superheroes and reinvented how superhero stories were written. Stan Lee co-created numerous popular fictional characters, including superheroes such as Spider-Man, the X-Men, Iron Man, Thor, the Hulk, Black Widow, the Fantastic Four, Black Panther, Daredevil, Doctor Strange, Scarlet Witch, and Ant-Man. Today, Marvel is the leading comic book studio with superhero movies that have the stories and the tone Stan Lee imprinted on his comics.

In the 1980s he pursued the development of Marvel properties in other media, with mixed results. Following his retirement from Marvel in the 1990s, he remained a public figurehead for the company, and frequently made cameo appearances in films and television shows based on Marvel characters, on which he received an executive producer credit. Meanwhile, he continued independent creative ventures until his death in 2018.

In 1961, Stan Lee revolutionized superhero comics by introducing superheroes designed to appeal to older readers than the predominantly child audiences of the medium.

Modern Marvel’s first superhero team, the titular stars of The Fantastic Four, broke convention with other comic book archetypes of the time by squabbling, holding grudges both deep and petty. Subsequently, Marvel comics developed a reputation for focusing on characterization and adult issues to a greater extent than most superhero comics before them, a quality which the new generation of older readers appreciated.

This applied to The Amazing Spider-Man title in particular, which turned out to be Marvel’s most successful book. Its young hero suffered from self-doubt and mundane problems like any other teenager, something with which many readers could identify.

Stan Lee’s talent has influenced generations of writers that want to follow his lead.