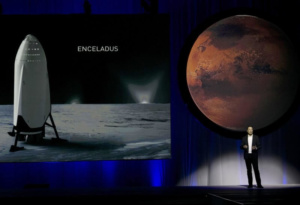 With the scheduled launch of two NASA astronauts into orbit Wednesday, SpaceX aims to propel the U.S. into a historic new era of commercially led space exploration.

No company has flown commercially developed vehicles to take humans to the international space station. If successful, it would be a resounding achievement for Space Exploration Technologies Corp.; its billionaire founder, Elon Musk; and a milestone for NASA. Those rockets will launch NASA astronauts from Florida to the International Space Station — the first time a for-profit company will carry astronauts into the cosmos.

SpaceX is targeting Wednesday, May 27 for Falcon 9’s launch of Crew Dragon’s second demonstration (Demo-2) mission from Launch Complex 39A (LC-39A) at NASA’s Kennedy Space Center in Florida. This test flight with NASA astronauts Bob Behnken and Doug Hurley on board the Dragon spacecraft will return human spaceflight to the United States.

SpaceX has gained worldwide attention for a series of historic milestones. It is the only private company capable of returning a spacecraft from Low-Earth orbit, and in 2012 the Dragon spacecraft became the first commercial spacecraft to deliver cargo to and from the International Space Station. They will be the first private company to take humans there as well.

Demo-2 is the final major test for SpaceX’s human spaceflight system to be certified by NASA for operational crew missions to and from the International Space Station. SpaceX is returning human spaceflight to the United States with one of the safest, most advanced systems ever built, and NASA’s Commercial Crew Program is a turning point for America’s future in space exploration that lays the groundwork for future missions to the Moon, Mars, and beyond.

MEXICALI, B.C.– The INDEX Association of the export industry in Mexicali, held the 2021 Golf …