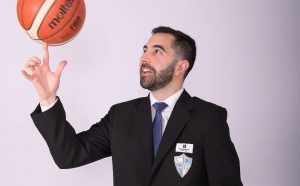 “Fede ̈, as many know him, is a coach from Mar de Plata, Argentina, where his participation with the Quilmes Club of that country and with the Dorados de Chihuahua of the LBE stand out, where he won the title of the distinguished “State League of Chihuahua ̈.

Córbaz is already in Mexicali, planning the preseason hand in hand with the board, awaiting the arrival of the Head Coach and the completion of his participation in CIBACOPA.

Soles also announced the return of Sonoran point guard Víctor Álvarez after playing one season with the Dorados de Chihuahua, within the LNBP.

Álvarez made his professional debut in the 2018-2019 season with the Soles de Mexicali, after being the top national prospect at the time, emerging from CEU in the ABE University League.

In his first year as a professional, he was awarded by the league as the rookie of the year after his outstanding performance, where the Cachanilla Club came very close to the championship, and later, a season later (2019-2020) he was crowned champion and was part of the team that won the institution’s fourth title.