Breaking News
Home / Education / So close and yet, so different!

So close and yet, so different! 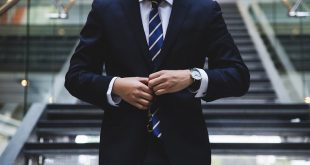 The challenges that lawyers face today 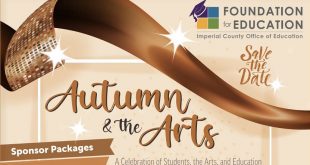 “STUDY. The law is constantly changing. If you do not follow its steps each day you will be a little less of a lawyer.” —Eduardo J. Couture

In August of last year, I started a new path in my life, I decided to continue with my professional studies in the neighboring country, the United States of America. I started this path in search of a personal and professional growth, looking to expand my knowledge and open new opportunities and paths. After five years of having graduated from the School of Law at CETYS University in Mexicali, Baja California, and after achieving professional experience in the private and public sectors in my country, Mexico, I decided to make a change, seeking to broaden horizons and learning about educational and legal policies in the United States. I wanted to study and understand how the law is in the United States, in order to recognize the benefits of it and one day apply them in Mexico. Being originally from a border town between Mexico and the United States, my decision was not very difficult, recognized among the best universities in California, I decided to continue my education at the University of San Diego by enrolling in the LLM program in Comparative Law with concentration in International Law, in order to specialize in the area of ​​Human Rights and in the near future be ready to apply to the California State Bar.

And how this journey has been? You may ask. From the first day of school I felt I was in a totally different environment, and like in everything, you find that it has its advantages and disadvantages. Until today it has been an experience like no other, in the past I had the opportunity to study outside of Mexico but this is the first time I’m studying in the United States and certainly it is very different from all the places where I’ve studied before. Getting to the university, the first activity was taking the generation picture with all the foreign students who are in the same program, then we had a welcome message by the Director of the School of Law and finally, we continued with an activity known in the United States as “networking”. After the welcome message of the Director, in the courtyard of the university there were tables in which there were different lawyers who had previously graduated from the university, they were there to share their experiences about the time when they were students and how it was now as professionals. From the first moment I felt the diversity and the empathy of the university to embrace their students to know about the practice of law, and encourage them to seek and meet new people, interact and grow in the legal field. In the LLMC program, I found a variety of nationalities and I was the only Mexican lawyer for the class of that year.

The first class arrived and I must admit it was not like any class I have taken before, the educational method is very different from the one used in Mexico and even in other countries where I have studied. Teachers use the Socratic method, which involves the interaction between teacher and student by constant questions and answers, forcing the student to be attentive, active and prepared at all times for the class. Another aspect that I could observe from the first moment was that from the first day of class the students began to prepare their “outlines”, which is a summary of the general concepts of the course and everything learned in the field, and so they use them as study guides for  each semester’s final exam.

During the semester I was observing that the law students literally live in the library, they are constantly studying, the assignments are usually vast readings that will be discussed in class and regularly there are readings of decisions of the Supreme Court of the United States or the different State courts. One of the most important aspects I have found is that the decisions of the Supreme Court of the United States have great weight in the US legal system, the judge made the law. The Supreme Court is a very important element, it has a significant role in the US legal system, because its decisions are the ones that decide the course of the country. The US Constitution is concrete and short, but yet it can be ambiguous, that’s when the Supreme Court appears because is the one designated to interpret and decide on issues that the Constitution has no clear definition. Likewise, the Supreme Court interprets and decides the constitutionality of various laws enacted by Congress or state legislatures. Also the states have their own sovereignty and broad jurisdiction to legislate on all matters other than federal issues. The differences I had found from the Mexican system and the US system are vast, they go from how to exercise the law to the process to follow to become a lawyer.

The life of a law student in the US as a Mexican lawyer is extremely enriching because both the legal system and education are quite different, without underestimating any system, each one has its advantages and disadvantages, and each one has experienced different historical changes that have define them. It is important to recognize the advantages provided by the US system, for instance the Socratic method used in the education system is stressful and overwhelming for a student, but it is also extremely rewarding. It is overwhelming because as a Mexican lawyer I still think as such, I use standars that would be taken in the Mexican law and as I read and review cases decided by the Supreme Court in the United States sometimes it seems hard to understand the decision and the reasoning from an American perspective because in Mexico the decision probably would have taken another course. On the other hand, it is extremely rewarding working with a Socratic method that forces you to be constantly studying, listening and participating, it requires you to be in constant discussion not only with the teacher but with other students as well. This methodology forces you to keep up in the classroom and in your studies.

It’s incredibly refreshing and motivating to recognize that law in the United States is a profession that is highly valued and recognized by all. As I mentioned there are deficiencies in both: the legal system and education, but I think it is more important to recognize the positive aspects to value and learn from the US system, such as the fact that since the beginning of law school they instruct students to look at themselves as future lawyers and therefore they have to act like one, respecting and following the model rules of professional responsibility, they should be prepared to not only take the Bar Exam of the State they wish to enforce the law in but also they have to be prepared for the MPRE Exam (the Professional Responsibility Exam). I feel that the fact they encourage their students to recognize the work of the lawyer and their model rules and guidelines is something to learn from the US system because it does not seek just to regulate the profession but it seeks to protect the interests of the most vulnerable and especially that the lawyer practices his work with integrity, ethics and professionalism at all times.

The program offered by the University of San Diego to foreign lawyers is very attractive because it lets you choose from a wide range of concentrations, and each of them is well recognized with quality teachers, it also offers the opportunity to postulate for the Bar Exam of the State of California and even to any other state bar. By studying this program, I have found very interesting classes and some complicated ones because of the abundant differences between the legal systems, but the key is to recognize the American critical thinking and the context in which the law is created.

It is always rewarding and enriching to know the aspects of other countries, their educational methods and the way they enforce the law. Starting this program has allowed me to not only get to know the US system but other countries’ systems too. I have had the opportunity to share with lawyers from other countries my experiences as a Mexican lawyer, and at the same time I have learned about the experiences of lawyers of different countries. Through the sharing of experiences you value the benefits of your legal system but at the same time you are looking at how to find solutions to the deficiencies you have in the legal system of your own country and as a lawyer. Being able to learn from the US system is easier when you share the knowledge with foreign lawyers that are in the same situation as you are and who, at times, are equally stunned or confused as you are, this way you do not feel like the only sheep that does not belong to the flock. Such sharing of experiences has helped me to recognize the way different legal and educational systems work, which at the same time has helped me recognize that some systems resemble to the American and others to the Mexican, but at the end each system has its particular characteristics which defines its country. 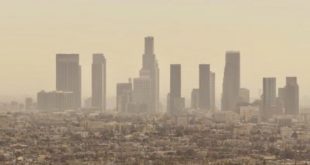