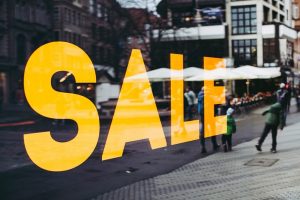 As Black Friday sales are anticipated to be at their highest since before the pandemic, it is also important to support locally-owned businesses to the small business community grow and thrive after a challenging couple of years.

According to the National Retail Association, in 2021, 51 million shoppers participated in Small Business Saturday.

According to data from the Small Business Administration, 33.2 million small businesses currently operate in the U.S. Small businesses generated 12.9 million net new jobs over the past 25 years, accounting for two out of every three jobs added to the economy.

Small Business Saturday is a marketing initiative created and promoted by the American Express credit card brand to encourage holiday shopping on the Saturday after Thanksgiving in the United States, during one of the busiest shopping periods of the year. This Saturday is always the last one in November, so it falls between November 24 and November 30.

The first event was created by American Express, in partnership with the non-profit National Trust for Historic Preservation, Boston Mayor Thomas M. Menino, and Roslindale Village Main Street. In 2010, the holiday was promoted by American Express via a nationwide radio and television advertising campaign. That year Amex bought advertising inventory on Facebook, which it, in turn, gave to its small merchant account holders, and also gave rebates to new customers to promote the event.

American Express publicized the initiative using social media, advertising, and public relations. Many local politicians and small business groups in the United States issued proclamations concerning the campaign, which generated more than one million Facebook “like” registrations and nearly 30,000 tweets under the Twitter hashtags #smallbusinesssaturday and #smallbizsaturday.