Six Months of Immigration Enforcement under the Trump Administration 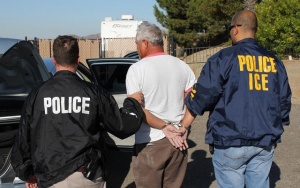 Washington D.C. – This week marked six months since President Trump took office, during which time the American Immigration Council has tracked the increased level of immigration enforcement implemented along the border, across the country, and throughout our communities. Through multiple executive orders and the dismissal of standard enforcement priorities, the current administration has left immigrants and their advocates with policies that only succeed in terrorizing communities and undermining the country’s values of inclusion.

“Without meaningful priorities, DHS is really going after low-hanging fruit,” noted Joshua Breisblatt, Policy Analyst at the American Immigration Council. “What do we gain when we deport people who have lived in the U.S. for many years, are supporting their families, paying taxes, and supporting our economy?”

“The fear that DHS is instilling in communities is eroding community trust in law enforcement rather than making us safer,” said Royce Murray, the Policy Director at the American Immigration Council. “DHS should be making smarter choices about how to prioritize its resources in a way that minimizes the damage it does to communities and families.”

These harsh policies provide a look into what is to come, an especially bleak picture if DHS chooses to take away the temporary papers they’ve provided to many people for years. If Dreamers who have benefited from the Deferred Action for Childhood Arrivals (DACA) program lose their work permits and permission to stay, nearly 800,000 people could suddenly be at risk of deportation. Likewise, over 300,000 people who have lived and worked in the U.S. for many years with Temporary Protected Status (TPS) while their countries recover from natural disasters and conflicts could also see their lives upended by indiscriminate immigration enforcement.