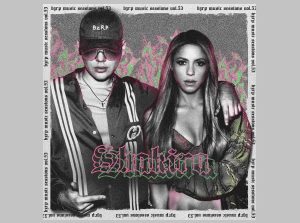 Shakira is back with a new song and music video that throws shade at the singer’s ex-partner: “BZRP Music Sessions 53.”

With some wordplay in Spanish, she directly references both her ex-boyfriend Gerard Pique and his new girlfriend, Clara Chia Marti.

Shakira begins the song by saying she doesn’t want to be disappointed again and continues with the phrase: “women don’t cry anymore, they bill,” referring to female empowerment after a breakup.

Bizarrap debuted Music Sessions Vol. 53 with the international star Shakira. After a 2022 full of incredible moments in his career that made him as one of the most outstanding producers in the world, he reached the #1 position in the world where he stayed for 6 weeks with Music Sessions 52. He also went on a 100-day tour of Europe and closed the year with two songs with DUKI.

Bizarrap kicks off 2023 with the multi-platinum artist, philanthropist, singer-songwriter, and countless GRAMMY winners.

For this Session, Bizarrap worked with the particular audio of his synthesizers, and together with Shakira, they searched for a spirit linked to the 80s with characteristic sounds that can also be seen in the details of the video clip.

Shakira returns with a message of empowerment and improvement. “Women no longer cry, women bill”, sings the most successful Colombian artist of all time, who collaborates with Bizarrap, the leading producer of Argentine music worldwide, in a historic meeting for the Latin music scene.

The singer, responsible for many of the most popular songs by the public around the world, has once again collaborated with an Argentine artist since “No” with Gustavo Cerati and her participation in Cantora de Mercedes Sosa with “La Maza” in 2009.