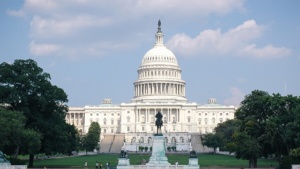 The Senate passed a $480 billion relief package Tuesday that includes hundreds of billions of dollars in new funding for small businesses hurt by the coronavirus outbreak along with money for hospitals and expanded COVID-19 testing.

The legislation includes $75 billion to help overwhelmed hospitals and $25 billion for a new coronavirus testing program, two provisions Democrats pushed for in negotiations.

Senate Majority Leader Mitch McConnell welcomed the deal that he said will be beneficial to all.

“I am encouraged that Democratic leaders have finally agreed to reopen the Paycheck Protection Program and abandon a number of their unrelated demands.

“Republicans never wanted this crucial program for workers and small businesses to shut down. We tried to pass additional funding a week before it lapsed. But Democratic leaders blocked the money and spent days trying to negotiate extraneous issues that were never on the table. I am grateful our colleagues have walked away from those demands and will finally let Congress act.”

“Congressional Democrats are proud to have secured an agreement on an interim emergency funding package that has been transformed to provide real support for the lives and livelihoods of the American people.

“Democrats flipped this emergency package from an insufficient Republican plan that left behind hospitals and health and frontline workers and did nothing to aid the survival of the most vulnerable small businesses on Main Street.  We have achieved an agreement that follows the path set by the bipartisan CARES Act by strengthening the Paycheck Protection Program, expanding small business support beyond PPP by increasing funding for emergency disaster loans and grants and providing an additional $100 billion for hospitals, providers, and testing in a way that addresses the health needs of the American people.”

Pelosi and Shumer said they are disappointed that the Administration has not agreed to more funding for state, tribal, and local governments on the front lines of this crisis who desperately need an infusion of funds to pay the essential workers who keep people safe.