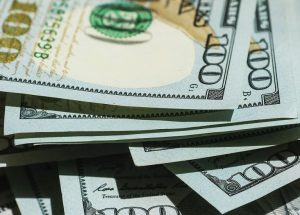 Between the presidential election, supreme court nomination, and partisan fights the possibility of having a new stimulus package for people affected by COVID-19 seems like an impossible task.

Millions of Americans will be hoping that the package includes provision for a second round of the $1,200 stimulus checks that were first issued six months ago.

The chances of that passing before the election are slim to none.

In its coronavirus relief bill that Senate Majority Leader Mitch McConnell calls for a must-have in any bill that passes: liability protection for employers whose employees get sick at work.

The U.S. Senate Majority leader has predicted “an avalanche” of litigation and “the biggest trial lawyer bonanza in history.” And Republicans are pushing for a sweeping liability shield dubbed the Safe to Work Act, a measure that consumer groups staunchly oppose.

The Act would create a liability shield for employers and others “to discourage insubstantial lawsuits relating to COVID-19 while preserving the ability of individuals and businesses that have suffered a real injury to obtain complete relief.”

The Act would provide broad protection to businesses, healthcare providers, schools and universities, and religious, philanthropic, and other nonprofit institutions from liability arising from claims of personal injury due to actual or potential COVID-19 exposure.

The issue is a sticking point in stalled negotiations between the Trump administration and Democratic lawmakers overbroad legislation to extend billions of dollars in federal unemployment benefits and relief for state and local governments.

The proposal would supersede such federal worker safeguards as the Occupational Safety and Health Act of 1970, the Fair Labor Standards Act of 1938, the Americans with Disabilities Act of 1990, and the Genetic Information Nondiscrimination Act of 2008, among others.