SCJN decriminalized the recreational use of marijuana 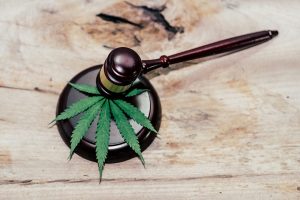 MEXICO CITY. – This Monday the Supreme Court of Justice of the Nation (SCJN) approved with 8 votes in favor and 3 against, the General Declaration of Unconstitutionality regarding the prohibition of the recreational use of marijuana, for which five articles of the General Health Law will remain without effect.

Thus, until Congress passes legislation in this regard, the Federal Ministry of Health (SSA) and the Federal Commission for the Protection against Sanitary Risks (COFEPRIS) will issue individual cannabis self-consumption permits only to persons of legal age.

For his part, Arturo Zaldívar, minister-president of the SCJN, mentioned: “Today is a historic day for freedoms. After a long journey, this Supreme Court consolidates the free use recreational use of marijuana,” Zaldívar reiterated and reaffirmed the Constitutional Court’s commitment to the Constitution, and assured that it acts with full independence and autonomy, he said.

It should be noted that the consumption of cannabis will not be allowed in public places, nor in the presence of minors or with people who do not provide their authorization, nor will it be allowed to drive vehicles or operate heavy machinery under its influence. The authorization will not be given to commit acts of commerce, supply, or distribution.

Thus, with this declaration of unconstitutionality, Congress must eliminate articles 235 (last paragraph), 237, 245 (first section), 247 (last paragraph), and 248 of the General Health Law, in which activities are prohibited around cannabis, such as planting, use, consumption, cultivation, harvest, preparation, preparation, acquisition, possession, transportation, medical prescription, among others.

For his part, the President of Mexico said: “If we see that instead of helping it hurts, because we would propose a change, I would send, according to my powers, an initiative of law. I think we will have results in a short amount of time and evaluate the results.”

Mexico is reportedly the world’s second-largest producer of cannabis with up to 27,000 tons annually produced illegally.