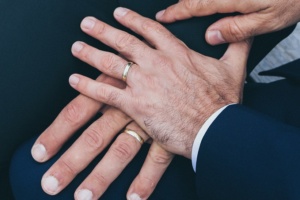 Mexicali, B. C.- On July 30, in a virtual session, the bill or opinion number 51 that recognizes same-sex marriage returned to Congress. The initiative was rejected once again with 16 votes in favor, 6 against it, and 3 abstentions.

On July 24, 2020, it was approved in the Governance, Legislation and Constitutional Points Commission, after the opinion was returned to be valued again in terms of the provisions of the Organic Law in the Legislative Power, as it was rejected for the first time in the Plenary with 15 votes in favor, 3 against it and 7 abstentions when at least 17 votes were needed.

Among the arguments against the bill it was expressed there was a lack of socialization of the subject, however, Assemblymember Montserrat Caballero expressed that the subject is fully socialized, in addition to the fact that it is her own job to socialize it in her districts, together with being a mandate of the Supreme Court of Justice of the Nation, and a demand by many Baja Californians.

For his part, Javier Tenorio, representative of human rights, expressed that the constitutional protection of the family does not obey a specific model or structure, since it is a dynamic concept that legislators must protect and cannot be governed by individual beliefs.

Adding, Assemblymember Miriam Cano, was in favor of a secular state, with laws of equality and non-discrimination, which respects religions and diversity of thoughts, because, undoubtedly, it is a secular state what forces us to be governed by science, justice and not by myths, dogmas, and prejudice, she said.

In this virtual session, Eli Topete for his part expressed that it is their responsibility as legislators to protect minorities and allow the recognition of their rights.

On the other hand, Assemblymember Eva María on behalf of the PAN party mentioned that the society spoke in caravans, as well as those who are against same-sex marriage and those who are in favor. She brought up the non-conformity exhibited by a majority in the society about opinion 51 and showed through different expressions such as a caravan with hundreds involved, social media, and letters of non-conformity.

She added that the Supreme Court of Justice of the Nation has not declared the unconstitutionality of article 7, in the state constitution, or has recognized same-sex marriage as a human right. In addition to defending their abstentionism right by those involved, however, the state Assemblymember of Morena, Miriam Cano, refuted with evidence that the above has already happened.

Thus, opinion number 51 which sought to give legal certainty to same-sex couples was rejected. With this reform, the second paragraph of article 7 in the Political Constitution of Baja California would be repealed and various provisions of the State Civil Code would be modified.

Finally, representatives of the LGTBQ community pronounced in other media that if this proposal was rejected they would return to discussion in January of next year.