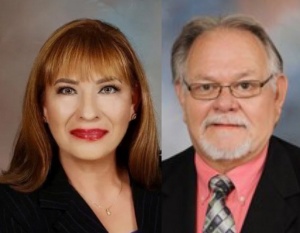 The Calexico City Council appointed Rosie Fernandez as the new Mayor of Calexico and Morris Reisen as Mayor Pro Tem.

Fernandez becomes the third female Mayor of Calexico in the history of Calexico as she took the mayorship position from Bill Hodge. The council also welcomed Camilo Garcia as he was sworn as the new councilman.

During the meeting, City Manager David Dale announced his resignation as he accepted a job in the private sector.

Dale said in his resignation letter the work he accomplished highlighting how he took a city from a $3 million deficit to a positive balance.

“I’ve been able to surround myself with a truly dedicated, capable staff, and great employees. I love this city that has so much potential. That is the reason it was a difficult decision to make. I truly appreciate and value my time spent at the city and the relationships that were formed, but I am also excited to embark on this new journey”.

The council unanimously voted to appoint Assistant City Manager Miguel Figueroa as the new city manager. Dale will remain with the city until Aug. 1st.