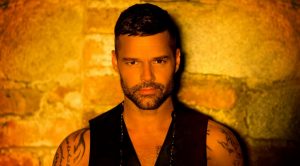 If there is a name that since reaching the peak of his career has not ceased to sensitize society about various causes that deserve attention, as well as use his voice and position as a link to unite wills and seek solutions, it is Ricky Martin.

His humanitarian work is as impressive or more impressive than his impeccable career on the world’s leading stages, as a complete artist, in music, musical theater, and television. For this reason, he is one of the personalities that will be recognized this January 17 at the award ceremony of the International Peace Awards, presented by PeaceTech Lab, together with various opinion leaders and change managers, whose common goal is to build a more equitable and peaceful world.

“Ricky Martin has never sat down to enjoy the just reward that he has earned as one of the world’s most famous artists without looking around with deep social commitment. We have seen him work hard through his foundation to end human trafficking, especially that of children, become the starting engine of countless solidarity campaigns, activate and organize communities, fight for the respect of minorities, respond to any need and in 2020 we saw him occupy his voice, image and time to promote the Hispanic vote and to concretely support frontline workers from various countries in the fight against the pandemic. His merit is invaluable and we are honored to be able to recognize him at our ceremony,” says Sheldon Himelfarb, President, and CEO of PeaceTech Lab.

In parallel, he is a leader, philanthropist, and activist, founder, and president, of the Ricky Martin Foundation with which he has worked hard in the fight against human trafficking, protecting children and vulnerable communities, as well as defending human rights.

This 2020, the foundation was in charge of providing personal protective equipment to thousands of front-line health professionals in the battle against COVID-19 in more than 50 hospitals in Puerto Rico, the Dominican Republic, and the United States. In the same way, it continues to support communities at risk with humanitarian aid and mental health services, which have been increased after the pandemic.

He has been recognized as a UNICEF Ambassador, has received the “Humanitarian Award” from the Hispanic Federation, the “Peace Summit Award,” the recognition of the Nobel Peace Prize from the XVII World Summit, as well as the “Prize  National Visibility “of the Human Rights Campaign, among others.

Ricky Martin joins a list of renowned leaders and personalities who will receive recognition for their philanthropic work during the International Peace Awards, such as Black Lives Matter co-founder Opal Tometi and the director of the National Institute of Allergy and Disease -des Infectious, Dr. Anthony Fauci, both on TIME’S 2020 list of the 100 most influential people of the year.  Also, the Amazonian chief Raoni Metuktire, leader of the Kayapó people, located in a protected reserve in the Amazon region of Brazil, will receive recognition from the hands of the singer and environmentalist Sting. Similarly, the ‘Father of the Internet’, Vint Cerf, and the prominent Venezuelan singer and songwriter Ricardo Montaner, among others. The ceremony will also feature musical performances by Italian singer-songwriter Laura Pausini, Venezuelan singer and actress Evaluna Montaner, Colombian singer-songwriter Camilo, Spanish singer-songwriter Alejandro Sanz, among other international performances.

The International Peace Awards will be broadcast digitally on Sunday, January 17 at 8:00 pm EST.  To see them for free, register at: www.Premiosinternacionalesdelapaz.org.