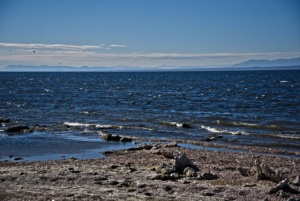 Washington, D.C. – This week, language submitted by Reps. Vargas (CA-51) and Ruiz (CA-36) was included in the Water Resources Development Act for Salton Sea restoration efforts.  The legislation will help carry out water resource development projects and a study for the construction of a perimeter lake to restore the Salton Sea

“I’m very pleased that our language was included in the Water Resources Development Act,” said Rep. Vargas. “There is a dire need for critical restoration projects and studies to help protect the public from an environmental and health crisis at the Salton Sea. This is a big step forward.”

The Salton Sea is one of the few remaining large-scale wetland habitats in California for migratory birds and fish. It is currently faced with eroding water quality and diminished water supply. As a result, fish and bird deaths expose sediments releasing wind-blown contaminants that pose human health risks.

“I am glad that our language was included in the Water Resources Development Act to help prevent a public health crisis at the Salton Sea,” said Dr. Ruiz. “I want to thank Rep. Vargas for working with me on this provision to authorize the Army Corps of Engineers to do the necessary study for the construction of a perimeter lake project at the sea, which is the next major project under the State of California’s Salton Sea Management Program and strengthen the federal-state partnership.”

“I will continue working on legislation needed to facilitate water resource development projects in my district,” said Rep. Vargas. “Improving the Salton Sea is of utmost importance to the region’s environmental conservation, economic development, and public health.”

Vargas represents California’s 51st Congressional District which includes the southern portion of San Diego County, all of Imperial County, and California’s entire U.S.-Mexico border. Vargas was first elected to the U.S. House of Representatives in 2012 and is currently serving his fourth term in Congress.