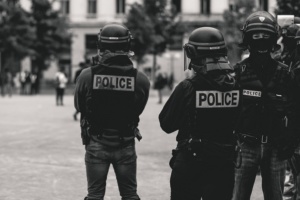 The act will establish new policing standards by banning chokeholds, ending no-knock warrants, and mandating law enforcement data collection, including body cameras and dashboard cameras. In addition, the transfer of military-grade equipment to state and local law enforcement will be limited under the act.

“Our country is mourning and crying out for real change. I am proud to cosponsor a much-needed act set to hold law enforcement accountable for racial profiling and misconduct,” said Rep. Vargas. “We must empower our communities by addressing systemic racism and bias.”

The Justice in Policing Act of 2020 will establish grants for community-based organizations to create local commissions. These local commissions would operate similar to President Obama’s Task Force on 21st Century Policing.

This legislation will also make it easier to prosecute offending officers by amending the federal criminal statute which is used to prosecute police misconduct.

Vargas represents California’s 51st Congressional District which includes the southern portion of San Diego County, all of Imperial County, and California’s entire U.S.-Mexico border. Vargas was first elected to the U.S. House of Representatives in 2012 and is currently serving his fourth term in Congress. He serves on the House Financial Services Committee and House Foreign Affairs Committee.