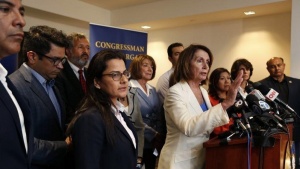 “The Trump Administration’s family separation policy is an affront to the values America stands for,” said Rep. Juan Vargas. “Ripping children from the arms of their parents who are fleeing violence and seeking safety at the border is cruel, inhumane, and un-American. It is shameful that this Administration’s anti-immigrant policies have come to this.”

At the immigration detention facilities, Members of Congress spoke with women, men, and children and witnessed the conditions in which they are living in while in detention.

“No child should have to endure what these children are experiencing, and no parent should have their children ripped from their arms,” said Rep. Juan Vargas.“President Trump put this immoral policy in place, he has the power to end this policy—and he should.”

In May, Attorney General Jeff Sessions formally announced the Trump Administration’s family separation policy. However, months before the announcement was made, it was reported that mothers and fathers fleeing violence in their home countries and seeking asylum in the United States had their children taken from them at the border.

Recently, the Department of Homeland Security stated that from April 19, 2018, through May 31, 2018, 1,995 children were separated from their family at the border.

Members of Congress, the United Nations, the American Civil Liberties Union, the American Academy of Pediatrics, and other human rights and civil rights organizations have condemned the Trump Administration’s practice of separating children from migrant families at the border. 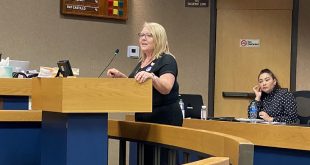