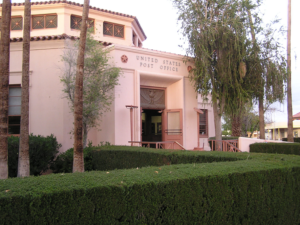 Helen Fabela Chávez was born and raised in the Imperial Valley

WASHINGTON, D.C.– A few days ago, Rep. Juan Vargas (CA-51) introduced a bipartisan bill to rename the U.S. Post Office located at 401 Main Street in Brawley, California, after American labor activist, Helen Fabela Chávez. The post office would be designated as the “Helen Fabela Chávez Memorial Post Office Building” in honor of the fearless organizer for her tireless work of pushing the labor movement forward while supporting her growing family.

“For far too long, women – especially women of color – have gone unrecognized for their tremendous sacrifice and courageous leadership throughout our nation’s history. Helen Fabela Chávez was one of these inspiring women,” said Rep. Juan Vargas. “Today, we honor her life and legacy by designating the post office in Brawley to her unwavering commitment to the farmworker movement, and the fight for justice and equality.”

Helen Fabela Chávez was an active participant in efforts leading to the creation of the United Farm Workers (UFW), treasurer-manager of the UFW credit union, wife of Cesar Chávez, mother of eight children, a Southern California farmworker, and breadwinner for her family.

Vargas represents California’s 51st Congressional District which includes the southern portion of San Diego County, all of Imperial County and California’s entire U.S.-Mexico border.  Vargas was first elected to the U.S. House of Representatives in 2012 and is currently serving his fourth term in Congress.  He serves on the House Financial Services Committee and House Foreign Affairs Committee.