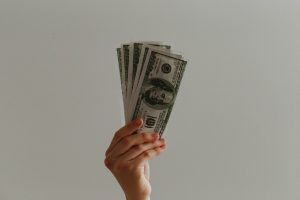 According to research on international economics by Dr. Alejandro Díaz-Bautista, remittances sent by Mexicans abroad to Baja California have increased impressively by 961 percent from 2003 to 2020. “Between 2003 and 2020, the Remittances sent by Mexicans and countrymen living abroad to Baja California increased by 961 percent”, stated Dr. Alejandro Diaz Bautista, international economist, and research professor at El Colegio de la Frontera Norte (El Colef).

In the first quarter of 2003, flows came to Baja California for only 28.59 million dollars, but for the last quarter of 2020 flows arrived at 303.37 million dollars, despite the coronavirus pandemic. Remittances sent by Mexicans abroad, with 98 percent coming from the United States, are one of the main sources of foreign exchange for Baja California and for Mexico. In recent years, remittances are what have sustained the consumption of needy families in Baja California and in other entities of the country.

Remittances received during 2020 in Mexico totaled 40.607 million dollars (million dollars), above the 36.439 million dollars sent during 2019. The flows of remittances from workers in the United States have been adding support to the current account and private consumption of Mexico, particularly for low-income families. During 2020, total remittances to Mexico would have been equivalent to a sum close to 3.8% of GDP.

The large increase in remittances in 2020 is a factor that contributed to somewhat limit the contraction of Mexico’s GDP due to the health and economic crisis caused by the pandemic. There was also an economic impact of the exchange rate during 2020 with a multiplier effect on the pesos received by remittances from families in Mexico.

The countrymen who send remittances from the United States are considered family, state, and even national heroes by supporting the economy in times of the coronavirus pandemic in 2020 and 2021. Tijuana was the municipality with the highest uptake of family remittances in the country during 2020, which confirms its high dependence on this flow of money, according to figures from the Bank of Mexico (Banxico).