Reduction of taxes on the northern border would reduce tax collection in years of economic austerity and encourage tax evasion practices.

It is impossible to reduce taxes in years of economic austerity.

“The reduction of taxes on the northern border would reduce tax collection in years of economic austerity and encourage tax evasion practices,” said Dr. Alejandro Díaz Bautista, economist and national researcher at Conacyt, as well as research professor at the College of the Northern Border (Colef).

With the tax reform that came into force in 2014, taxes were homologated from 11 to 16% throughout the country, including the northern border. The differentiated rate was due to the consumption context of the border areas, in which its residents can move to the neighboring country to buy goods, as well as to make attractive goods sold in Mexico for foreigners.

Generalization of value added tax throughout the country helped to increase tax collection, in a scenario in which revenues from oil activity began to fall after the drop in prices and oil production. 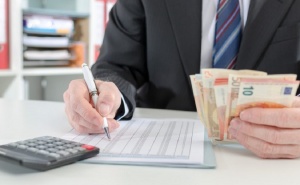 Reducing the Value Added Tax (VAT) from 16% to 8% in the border regions of the north of the country would generate damages to the public treasury and contribute to bad fiscal practices by companies in times of economic austerity.

If implemented, it would negatively impact the collection of taxes, and generate pressures on the expenditure budget from the year in which this reduction is sought. Mexico is the third country that receives the least VAT from all Latin American countries, according to the analysis of the Organization for Economic Cooperation and Development (OECD), which considers positive the homologation of VAT in Mexico for generation of public income.

The Secretary of Finance contemplates less income from the sale of oil in the economic pre-criteria document of 2019, more spending for interest on the debt, pensions and transfers to the states by participations, for which it considers necessary a cut to the budget for next year of 12,200 mdp, this without contemplating reductions in fiscal matters.

The value added tax, better known as VAT, is a tax burden that is made on consumption. Worldwide, the average rate of this tax is 15%, and in Latin America that average decreases to 8.5%. Of course, there are countries where VAT is higher. This is the case of Hungary with 27%, Denmark, Norway, Sweden and Croatia with 25%, and Finland, Iceland and Romania with 24%.