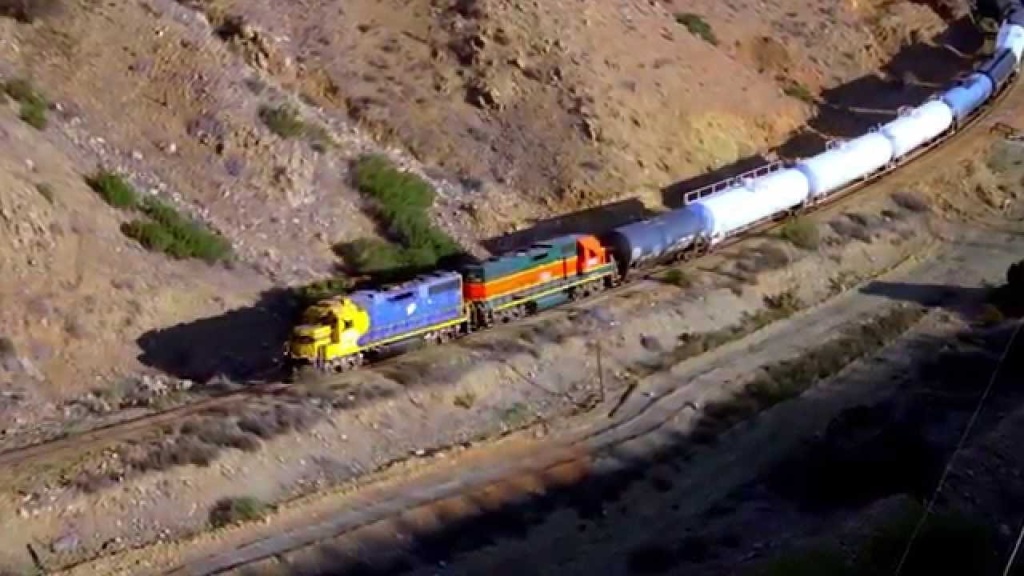 The rehabilitated Desert Line will connect Mexico’s border region maquiladoras to rail shipping in the U.S. within the next two years, said Arturo Alemany, CEO of Pacific Imperial Railroad.

The binational partnership was announced Thursday after its terms were approved by the San Diego Metropolitan Transit System, which owns the Desert Line.

A sign stands near the U.S.-Mexico border on the Desert Line in southeastern San Diego County in this undated photo.

A U.S.-Mexico railroad stemming from the rehabilitated Desert Line is expected to boost trade, especially in the automobile industry, while decreasing traffic and emissions from commercial trucks.

“The rehabilitation of the cross-border railroad provides a much needed alternative for moving goods through one of the most vibrant centers of commerce in the world,” said Jerry Sanders, president and CEO of the San Diego Regional Chamber of Commerce.

Reconstruction on the Desert Line has long been delayed due to border security concerns and a lack of sufficient financing. The companies will be working with U.S. Customs and Border Protection and Mexican immigration to make sure the flow of goods complies with the laws of both countries.

Baja California Railroad operates the railway that connects to the Desert Line on the Mexican side of the border, also seeing repairs. The company will oversee reconstruction and maintenance of the Desert Line. Meanwhile, Pacific Imperial Railroad will build an intermodal facility in Imperial County for loading freight.

The San Diego Association of Governments has said the cross-border region loses about $6 billion a year due to long border wait times for trucks carrying freight into the U.S. About 6,200 commercial trucks cross the California ports of entry every day.