Breaking News
Home / FINANCE / PRICES OF VIRTUALLY EVERYTHING ARE INCREASING, BUT DO YOU KNOW EXACTLY WHY?

PRICES OF VIRTUALLY EVERYTHING ARE INCREASING, BUT DO YOU KNOW EXACTLY WHY? 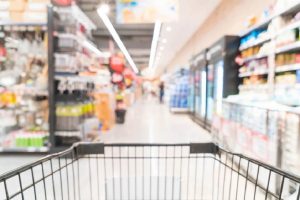 In retrospect, it is possible to assess that 2022 was a year expected by practically everyone given its promising conditions regarding the fight against the COVID-19 pandemic. And yes, the new year brought with it an encouraging outlook, in which the epidemiological traffic light for Mexico managed to turn green.

But, if 2020 and 2021 were the years of the pandemic, 2022 will be the year of inflation, said Professor Alejandrina Barajas Ramos, Researcher at the Northwest Economic Research Center (CIEN) of CETYS University, Mexicali Campus.

“Although we Mexicans started the year with the exorbitant prices of the colima lemon, now all the prices of the products have increased, but have you asked yourself, what is the reason for this?” questioned the specialist, completing her reflection with a brief answer: Inflation.

According to the Bank of Mexico, inflation is a phenomenon related to the disorderly increase in the prices of most goods and services for a prolonged time.

By itself, inflation is not necessarily negative; it is normal for prices to increase, but it is considered a problem when growth is greater than what economic agents and the central bank, in this case, the Bank of Mexico, expect.

But why is high inflation a problem for the economy?

“Large inflation rates, such as those that have been observed since the end of 2021 and the beginning of 2022, generate a dilemma between maintaining a monetary policy that favors economic growth or that curbs the growth of inflation. Such a situation had not occurred for approximately 15 to 20 years in the economies of countries with autonomous central banks”, explained Professor Alejandrina Barajas Ramos.

She added that since the last quarter of 2021, the increase in the prices of goods began to be observed, attributed to the economic recovery and the normalization of supply chains after the most difficult months of the pandemic. For this reason, 2022 was expected to be a year with high inflation; however, Russia’s invasion of Ukraine has complicated the economic scenario, since it further stimulated the inflationary process that the international economy was already experiencing.

The economic exile of Russia as a measure of pressure in the face of the invasion of Ukraine has generated shortages of oil, gas, and electricity, without forgetting the important participation that both countries have in the international market for wheat, corn, and barley, and fertilizers. This impact on the energy and food markets is causing the problem of inflation to be greater than expected.

“Inflation will be present throughout the remainder of 2022, so we should not be scared by the price increases that we will continue to see, since due to the development of the conflict and the economic measures that are being taken by both the European Union and the United States. United against Russia, inflation is here to stay for a while. The best thing we can do is take care of our energy consumption, take care of expenses and avoid, as far as possible, getting into debt, because one of the Bank of Mexico’s measures to contain inflation is to increase the interest rate, causing This increases the cost of credits”, concluded the researcher.