Power to the public 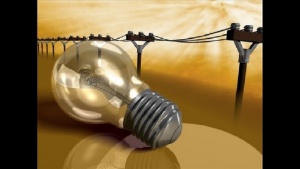 Imperial Irrigation District was proud to join some 2,000 community-owned not-for-profit electric utilities across the nation in celebrating the benefits of public power each October.

“We are proud to be community-powered,” said Henry Martinez, IID Energy Department manager. “Public power puts the people of the communities it serves, first.”

Based on sound business practices designed to ensure the best possible service at some of the lowest rates in California, IID is able to provide its electric customers with reliable, efficient and affordable public power.

As one of nine balancing authorities in the state, the district also works to prioritize its responsibility to protect its autonomy and safeguard its generation, transmission and distribution assets for the security of the electrical grid and the nation.

Additionally, the district wholeheartedly supports California’s renewable energy goals by promoting the use and development of the vast renewable resources within its service area, which is often referred to as the “renewable energy capital of the world.”

Putting the public’s business first by providing public power is something IID has been doing since it entered the electric business in 1936. Today, your local electric power provider serves about 156,000 electric meters, representing a population of about 450,000 people in its vast service area.