Politics and Attacks on Democracy

At this time of elections in Mexico and with the recent transition of government in the United States, it is essential to talk about the importance of democracy. The dictionary of the Royal Spanish Academy (RAE) gives us different meanings for the word democracy, the first one says: “political system in which sovereignty resides in the people, who exercise it directly or through representatives”, another meaning that the RAE also offers us is: “a form of society that recognizes and respects as essential values ​​the freedom and equality of all citizens before the law.”

Both meanings are true to the very essence of what we recognize as democracy, but faced with the events that occur every day, several questions arise to me, do we really live in democratic states? To what extent is my democracy limited? What would be an attack on democracy?

When we speak of democracy, as the RAE defines it, it is a political system used by the countries, as well as organization of society, both Mexico and the United States (USA) have a democratic system, both with different electoral systems, but at the same time ultimately democratic, the people are the ones who elect their rulers, either directly or indirectly, as is done in the US.

The reality is that nowadays certain groups of people use the defense of democracy as their flag to attack it, such as the assault on the US Capitol on January 6, 2021, and as it has been in previous Mexican elections when candidates do not respect the decision of the people and instead on uniting society, they promote hate speech and separation. 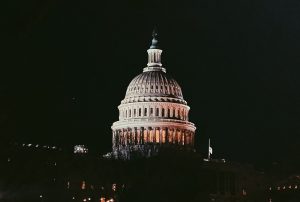 It is true that there may be corruption in an election, however, to defend democracy, legal and political paths must be followed appropriately for the good of society, not for personal interests.

Likewise, I believe that there are other ways in which democracy is undermined and attack, therefore we must work to have a more just and effective system. The lack of equality among citizens is an attack on democracy, everyone has the right to vote but when opportunities are not provided to people so that they can go to vote or when they are not informed of what an election is its scope and goals, this is an attack against democracy, when some groups enjoy privileges compared to other groups that are ignored this is an attack against democracy when people’s freedom is not respected, this is undoubtedly an attack on democracy, directly or indirectly we are living times where democracy is being challenged where radical groups want their ideas to predominate and not for the sake of the well-being of the entire population.

It is time to open our eyes and recognize all the ways in which democracy can be attacked and let’s eradicate them, let’s work to live a society that promotes democracy, but above all the union and well-being of all, it is good not always to agree on everything with all, but it is also important to accept differences and recognize when differences are right’s violations because that cannot be right at any time.