Police Abuse Harms People and Must Be Punished 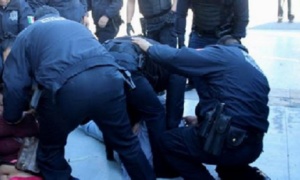 In similar cases in the past, the city of El Centro paid a $4.1 million settlement in 2017 to the family of Charlie Sampson, a man who was denied medical attention during an overdose while in police custody and died as a result.

According to Courthouse News, the evening of Dec. 3, 2013, when police stopped Sampson a couple of blocks from his house for rolling through a stop sign. Officers found a meth pipe and shotgun in Sampson’s truck and took him back to his house to do a probation check.

At some point, the article reads: “Sampson ingested an unknown quantity of methamphetamine, and his family noticed he was “sick” and not behaving like himself.”

“Sampson could not walk straight, his speech was slurred and he was sweating through his shirt even though it was a cold, windy December night,” the article states.

“Sampson’s family members tried to call 911 to get paramedics to the scene. One of the officers searching their home beat them to the punch, however, calling dispatchers and telling them to ignore any calls from the family because Sampson was “putting on a show” and didn’t really need medical attention,” the article continued. 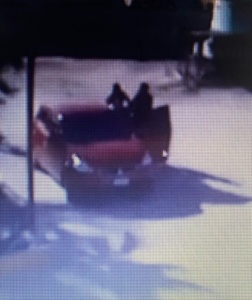 Sampson was later carried from his house where officers did an unsuccessful probation compliance search for drugs using a drug-sniffing dog,” the article reads and continues, “He had to be physically put in the back of the police car because he could not hold himself up.”

“Sampson suffered cardiac arrest and en route to the hospital was pronounced dead on arrival. He died nearly four hours after he was first stopped by police for running the stop sign.”

The Department of Justice says that in cases of physical assault, such as allegations of excessive force by an officer, the underlying Constitutional right at issue depends on the custodial status of the victim. If the victim has just been arrested or detained, or if the victim is being held in jail but has not yet been convicted, the government must, in most cases, prove that the law enforcement officer used more force than is reasonably necessary to arrest or gain control of the victim. This is an objective standard dependent on what a reasonable officer would do under the same circumstances. “The ‘reasonableness’ of a particular use of force must be judged from the perspective of a reasonable officer on the scene, rather than with the 20/20 vision of hindsight.” 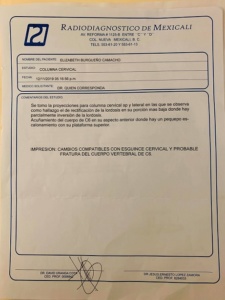 If the victim is a convicted prisoner, the government must show that the law enforcement officer used physical force to punish, retaliate against, an inmate, or otherwise cause harm to the prisoner, rather than to protect the officer or others from harm or to maintain order in the facility.

In the case of Elizabeth Burgueno’s claim against the Mexicali municipal police, which caused her sprain and fracture in the sixth cervical spine and hospitalization after an unjustified and illegal arrest while working, the Municipal Police Department of Mexicali convened a press conference to offer a statement about the investigations that are being carried out in relation to the alleged abuses of authority that have been denounced by the citizens, as well as the acting municipal police officers: Oscar Alfonso Sanchez Navarro, Victor Alonso Guevara Lopez and the supervisor Lino Rios Zamarron.

The police commander Mexicali Zone, José Fernando Funes López, in the presence of the Director of the Municipal Public Safety Department, said that it was brought to their attention a series of complaints and comments that have been circulating on social, local and regional media, regarding a public complaint which involves an officer who said she was unjustly chased by some police officers who alleged they were after a stolen car which resulted in a false report which started with a family argument and ended with the officers arriving at her mother’s workplace and breaking into the motel that she manages.

According to the victim, the agents entered her mother’s workplace, a local motel, where she was threatened and tried to take her in handcuffs. Also, her brother, who was present, claimed the reason for the arrest of his mother, who was working at the time inside the motel.  After being asked the reason of their search, they refused to listen and acted disrespectfully and aggressive using excessive force and unjustifiably beating the mother three times against a car, hitting her back, arresting her without a reasonable cause, and stealing 28,000 pesos from the glove compartment and a cell phone from the alleged stolen car, which the officer had recently purchased in a local dealership.

After being unreasonably detained and after spending 24 hours in jail without any attention or the chance to even drink clean water, they had to pay 21,000 pesos to be released, as well as the cost of one of the police officers’ cell phone which he alleged was damaged by the victims, but which is clearly appreciated in the surveillance cameras he dropped himself at the scene.

In addition, it was reported that the motel cameras captured the moment in which the agents took the person, apparently with excessive force, in the presence of their two children and other witnesses, who filed the corresponding complaint in relation to the facts. Adding that the attacked woman suffered from an asthma episode, since she’s asthmatic, while being arrested, and the officers ignored the condition of the person in question and caused her to bleed from her wrists after being forcefully handcuffed.

It should be noted that the state of the victim is serious, and after days complaining of back pain, it was found in a medical report, she suffered a sprain and fracture in the sixth cervical spine due to the police violence she experienced, reason why she was then immediately hospitalized and she’s currently waiting to see further results in an MRI to determine if she will need a surgical intervention.

The police officers involved in this matter have stated the plaintiff’s statement is false and have affirmed they will defend their position until the end, reason why they have offered interviews to different local media outlets, despite the evidence and witnesses who have already confirmed their abuse.

After this matter went viral on social media, many people have brought to the public’s attention their own police violence cases in which these police officers and other officers in Mexicali have been involved.