Breaking News
Home / BUSINESS / Peso depreciates and dollar sells for up to $20.80 in banks in the center of Mexico

Peso depreciates and dollar sells for up to $20.80 in banks in the center of Mexico

The exchange rate was 18.90 pesos per dollar.

The peso takes a break in the day, but does not avoid falling weekly for the beginning of a commercial war.

The peso appreciated 0.76% against a weakened dollar, due to risk aversion by emerging currencies as fears of a global trade war started by President Trump.

The Mexican currency depreciated on Thursday after the release of figures from the US labor market, while investors began to look to the next summit of leaders of the Group of Seven.

In a week of great global economic and financial turbulence, the Mexican peso managed to recover at the end of the session on Thursday after touching an intraday low of more than 16 months, mostly favored by the fall of the dollar. However, the advances of the peso did not stop the weekly decline of 2.3 percent of the Mexican currency.

“The Mexican peso depreciates in the week against the dollar, while the fears of a commercial and economic war in the world continue,” said Dr. Alejandro Diaz Bautista; economist, national researcher at Conacyt, as well as research professor at El Colegio de la Frontera Norte (El Colef).

The Mexican currency recovered ground against a dollar that yielded the gains of the day, in spite of the positive economic data on the figures of the labor market of the United States, a number that elevates the possibilities that the Federal Reserve raises its interest rate in the meeting of June 12 and 13.

The Labor Department reported that initial requests for state unemployment benefits fell by one thousand, to a seasonally adjusted 222 thousand, in the week ending June 2.

Risk aversion in the global financial markets prevailed at the end of the day, which has caused a decrease in the demand for currencies of emerging economies. 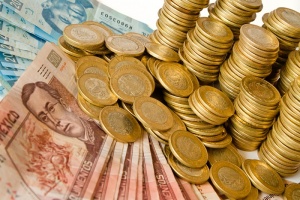 Risk aversion prevailed after the start of the two-day G-7 meeting on Friday, made up of the United States, Germany, Canada, France, Italy, Japan and the United Kingdom, as well as fears of a commercial war reignited after the US President Donald Trump would attack Canada and the European Union before a G7 summit that is expected to have a hostile tone.

Commercial tensions increased the chances that an agreement on the North American Free Trade Agreement (NAFTA) between the United States, Mexico and Canada would not be reached soon.

In the energy market, the fall in oil prices limited the progress of the Mexican peso as interest in the currency declined.

The barrel of WTI crude of reference in the United States fell to the close 0.32 percent to 65.72 dollars, while the Brent crude of London fell 1.29 percent to 76.32 dollars.

The exchange market remained cautious before the next meeting of the European Central Bank and the vote on the Brexit law.