Peña Nieto talks with Donald Trump at the APEC Summit

The Mexican president and the US president spoke when arriving at the headquarters of the meeting of leaders of the Asia-Pacific Economic Forum 2017.

President Enrique Peña Nieto met with his US counterpart, Donald Trump, during a dinner in Danang, Vietnam, in the framework of the Asia-Pacific Economic Cooperation Forum (APEC).

Chancellor Luis Videgaray posted two images on his Twitter account showing the Mexican president with Donald Trump on his arrival at the event.

The president of Vietnam, Tran Dai Quang, offered a dinner in honor of the 20 Heads of State attending the APEC summit.

President Peña Nieto participated this Friday in the first day of activities of the Asia Pacific Economic Forum, APEC 2017, where he spoke on regional integration and trade. In addition, the President of Mexico has held meetings with Justin Trudeau, Prime Minister of Canada; Lee Hsien Loong, president of Singapore; Shinzo Abe, from Japan; and Vladimir Putin, from Russia.

The informal dialogue between Peña, Trump and Trudeau takes place a few days before the beginning of the fifth round of the NAFTA renegotiations that will take place in Mexico City.

The Mexican president participated this Friday in the first day of activities of the Asia Pacific Economic Forum, APEC 2017, where he spoke about regional integration and international trade.

APEC is the Asia-Pacific Economic Cooperation Forum (APEC, Asia Pacific Economic Cooperation). APEC is a Government Cooperation Mechanism. One of its peculiarities is its informality and the high level of those who define long-term policies. APEC operates based on consensus. The members conduct their activities and work programs based on an open dialogue and equality and respect for the points of view of all the participants.

The objectives of APEC are the following: Maintain the growth and economic development of the region. Contribute to global economic growth. Reinforce and take advantage of the benefits of such growth. Strengthen the multilateral trading system. Reduce barriers to trade in goods and services and investment flows. 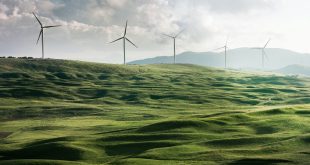 Energy Transition for a Greener Economy in 2022