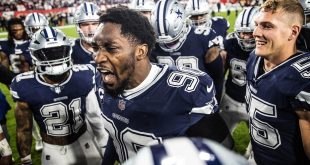 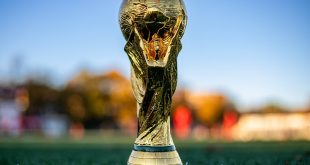 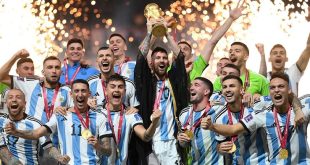 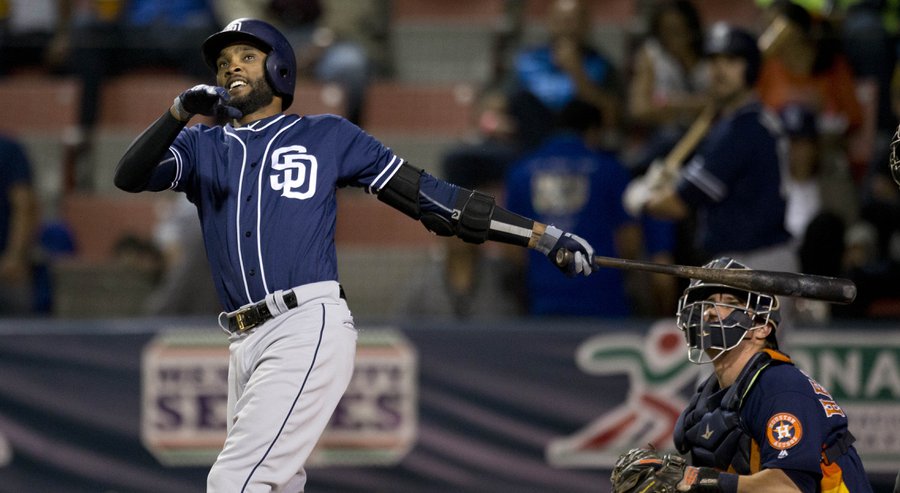 By: B. Miller, The San Diego Union Tribune

The teams are developing a healthy rivalry – south of the border, at least – and Padres Manager Andy Green displayed some smile-inducing gamesmanship in the process.

Astros General Manager Jeff Luhnow, who grew up in Mexico City, said during a press conference before Saturday’s 11-1 rout of the Padres at Estadio Fray Nano that he hoped to make the Astros “Mexico’s team, to the degree that’s possible.”

Luhnow quickly acknowledged that the goal likely is shared with the Padres, Dodgers, Diamondbacks and others.

Green smiled when asked about it during a one-on-one interview in the dugout. When the time arrived for his press conference shortly after, Green grinned as he said, “We want to be Mexico’s team.”

Interest in the Mexican market has accelerated since Commissioner Rob Manfred indicated expansion in the country is realistic.

Manfred told the Union-Tribune on Saturday that Mexico City is the top contender for a Mexican team, though the process could take “years.” Growth in the nation is a priority for the league, he said.

So, who’s in better position to chase down the “Mexico’s Team” title?

“It probably comes down to who gets the best players, who has the most success,” said Luhnow, who added his club would push scouting, marketing and branding there. … Hopefully, the combination of success and some Mexican players sprinkled in there, we’ll continue to grow our fan base.”

“Baseball really has a lot to gain in Mexico. It makes sense,” Seidler said during pregame. “I think some of it is geography. For us, to be the team in the Baja (region) would be fantastic.”

Meanwhile, on the field: The Astros ended a scoreless streak by pitcher Robbie Erlin in a loud way. In the fourth inning, Carlos Correa homered to right. Two pitches later, Tyler White did the same to left-center. …

The first hit in Mexico City belonged to second baseman Cory Spangenberg, who ripped a double to left in the first inning. Two batters later, he stole third. …

The Astros scored seven in the eighth to blow it open. The crowd of 5,602 in the 6,464-seat stadium watched the Astros outhit the Padres 9-7. San Diego committed three errors, two more than Houston. Green said spring training games are times to evaluate players, rather than worry about scores: “We’re tying to get a read on guys. … It’s a learning opportunity.” …

San Diego’s lone run came on an RBI single in the ninth by Trae Santos. …

Left fielder Jabari Blash stayed on the ground for a few awkward seconds after being hit by a pitch in the sixth, but walked off on his own power. Green said: “He’s completely fine. He was coming out the game anyway.”

That one guy: Green showed some Padres-related diplomacy when discussing the influence of Mexican players in the majors.

“You probably don’t need to look further than the first baseman for the Dodgers,” Green said. “I probably better not say his name right now … since we’re the Padres.”

The name Green skipped uttering: Adrian Gonzalez, the Padres MVP in 2006 who eventually ended up with the Dodgers – and shows no sign of slowing his run-producing, All-Star ways.

When Gonzalez’s deal with the Padres expired in 2010, the team admitted they weren’t in financial position to re-sign him – still a sore subject with San Diego fans. Gonzalez led baseball with 116 RBIs in 2014 and was named an All-Star last season.

Mile High, and some change: Though playing at altitude is more commonly discussed in a constant-motion sport like basketball, both teams were paying attention to the impacts this weekend.

Mexico City sits at 7,400 feet, much higher than a place with an altitude rep like Colorado’s Coors Field (5,300).

“We talked about that … making sure guys hydrate and stay rested,” Green said. “I’d say it’s pretty common at an altitude like this. A few guys always feel it in Denver.”

Hinch, the Astros manager, agreed – though added not everyone dreads it.

“I think the hitters are excited to be here,” he said.