Only 20.5% Of California Teens Exercise Daily, 9th Lowest in the U.S. 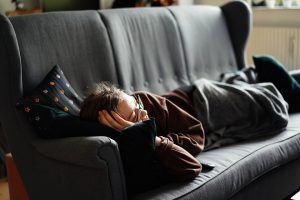 Regular exercise is critical to young people’s physical and mental health. The CDC recommends that children aged six to 17 should participate in moderate-to-vigorous physical activity for at least 60 minutes per day. This level of activity is correlated with not only greater fitness and a lower risk of obesity but also better academic performance and a lower incidence of depression and anxiety.

But despite the evidence of exercise’s benefits for teenagers, only around a quarter of teens today are meeting recommended levels of physical activity. The rise of social networks, video games, smartphones, and other technology in recent years has led to more leisure time being spent on sedentary activities. One recent study found that a typical U.S. teenager today gets approximately as much physical activity as the average 60-year-old.

There are some differences among teenagers in their levels of activity. One of the factors that correlate to teens’ activity levels is age. Whether it’s that school becomes more advanced, social activities become more important, or part-time jobs cut into their free time, older teens naturally have less time available for exercise and physical activity. As a result, the percentage of teens who report physical activity declines with each subsequent year in high school.

Another distinct difference is gender. Across all ages, male teenagers tend to report higher levels of activity than female teenagers do. This is likely attributable to different societal expectations and attitudes around physical activity between the genders. And as a result, girls may have less access to (and may not be encouraged into) sports or other physical activities.

Physical activity among teens also differs by geography, with young people in some states reporting higher levels of physical activity than others. Many of the leading states are located in the central U.S., including locations like South Dakota, Oklahoma, and Nebraska. One reason is that in rural locations, teens tend to express a preference for active leisure activities over passive or sedentary ones. This also helps promote higher-than-average participation in team sports found in many of the states with more physically active teens.