Like every year, on the Saturday after September 15, Oktoberfest begins. The celebrations spread throughout the world where millions of people gather to worship the oldest known alcoholic beverage.

I had the great fortune to be in Munich three times and take part in this celebration touring the 46 hectares of the extensive Teresa’s Meadow, or Theresienwiese; from the imposing statue of Bavaria to the confines of St. Paul’s Church.

It all begins with a colorful parade led by the mayor in turn and the Münchlen Kindl, a character that represents the monk who appears in the center of the city’s coat of arms. In this parade, the six main beer makers in the city bring their barrels to Theresienwiese in carriages pulled by spectacular horses accompanied by wind music bands – or Blasmusik – which will later enliven each of the six brewery tents.  Right at the foot of the statue of Bavaria, the mayor in turn uncovers the first barrel shouting “O ‘zapft is!”  (It is already open!). Here are some curious and useful facts if you plan to go to this celebration:

-It has been suspended 26 times in more than 200 years for reasons such as world wars, inflationary problems, or pandemics.

– They do not charge anything to enter the festival or any of the tents.

– The locals recommend that men wear a Lederhosen and women a Dirndl. 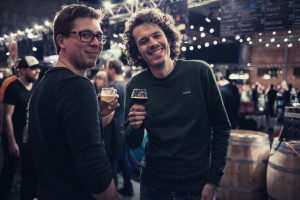 – The organizing brands are 6: Paulaner, Hacker-Pschorr, Löwenbräu, Franziskaner, Hofräu, and Spaten. All originating from the city of Munich.

– In the tents, they only serve Oktoberfest or Festbier style beer.

– Only one size: the Mass, which contains one liter of liquid.

– Credit cards are not accepted.

– They only serve beer.

– They only serve you if you are at a table.

– You can drink beer inside and outside the tents.

– Children can enter the tents… until before 3 pm

Bavarian people have “a beer for every season and an occasion for every beer”.

Oktoberfest is without a doubt the biggest “Volksfest” or folk festival in Bavaria, Germany, and the world.

– There are excellent packages to travel from Mexico.  It is just as expensive as a vacation in Cancun.

– You don’t need a visa.  Your Mexican passport is enough.

– It is very difficult to find accommodation in the city if you did not make a prior reservation.

– The inhabitants of Munich are friendly, friendly, warm, and partying… but very organized.

– One last but not least recommendation: if you drink (a lot of) beer, don’t go on the mechanical games… it’s a bad idea