OFF ROAD RUNNERS OF THE DESERT (CODE) 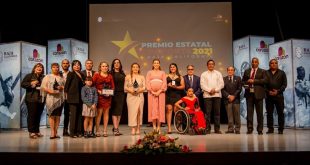 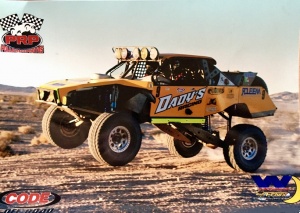 The awards were held at the water park Los Delfines and a group of pilots threw  Joaquín Rodríguez Montoya into one of the pools, administrative director of CODE, to celebrate his birthday at the conclusion of the awards ceremony.

Previously, Rodríguez Montoya and Alfonso Lacarra Esquer, handed the original plates to the winners of each category in motorcycles, cars and ATVs, for the test held last Saturday at the Laguna Salada.

Salgado was confirmed as the first general in Class 10 and “overall” with a time of 4 hours, 4 seconds and 40 hundredths of a second, with an average speed of 55 miles per hour.

In second place in Class 10 Erick Durán from Tecate and in third, Alberto Richie from San Luis River Colorado.

Oswaldo Moncada and Francisco Septién from Ensenada, recorded 2:52:52 to be crowned champions in professional motorcycles, leaving in second Joel Leal and in third Jesus Navarro.

In Sportsman motorcycles the champion was Raúl Ortega with 2:55:53, second place was Ángel Nuño and in third Eduardo Ramírez.

Again, Javier Robles, son, maintains the hegemony and was champion in professional atv’s with a time of 3:10:31, second place Ivan Mejorado and third Carlos Naples.

In Class 1 the winner was Ricardo Malo with 4:13:07, second Juan Carlos Lopez and third Manuel Robles; in Class 7 the winner was Carlos Diaz from Mexicali and second Carlos Ibarra from Ensenada.

In Class 16 the champions were Abraham and Alejandro Gutierrez from Mexicali, second Dario Estrella and third Daniel Pacheco.

Omar Chávez from Tijuana was aiming for the victory in Class 5-1600, in second, from Tijuana, Fernando Sánchez and third Daniel Ledezma from San Diego; in Class 7 Stock Wily Valdez from Ensenada won, second Sergio Durán from San Diego and in third Eighth Munoz.

In Class 9 division the champion was Armando Valle from Mexicali, second José Angel González from Mexicali; in Class 11 the victory was for Víctor Celaya from El Centro, second Erick Silva from Mexicali and third Niko Meza from Mexicali.

Those who triumphed in motorcycles

In the professional Motorcycles division the champion was Osvaldo Moncada of Ensenada, second Joel Leal and third Jesus Navarro, and in Sportman the winner was Raúl Ortega from Ensenada, second Angel Nuño and third Eduardo Ramírez.

Another triumph was Javier Robles of Kilometer 43 in atv’s in second Ivan Mejorado; in sportv atvs Dany Magdaleno from San Felipe triumphed and in novice atvs the winner was Sergio Gutiérrez. 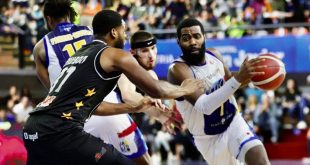