NPR Sees Decline in Their Audience 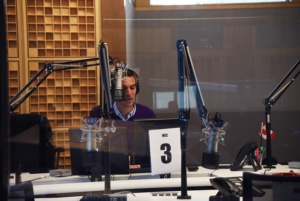 Broadcast ratings for nearly all of National Public Radio’s shows took a steep dive in major markets this spring. That’s according to a report in NPR. They put the blame squarely on the coronavirus pandemic, saying the virus kept many Americans from commuting, and that caused the decline.

The network’s shows lost roughly a quarter of their audience between the second quarter of 2019 and the same months in 2020.

“We anticipated these changes,” Kaplan said. “This kind of change was going to take place over the next decade. But the pandemic has shown us what our future is now.”

Kaplan said NPR’s audience is disproportionately made up of professionals who are able to work from home and who are interested in doing so even after the pandemic subsides.

Additionally, for the first time, NPR is on track to make more money from underwriting on podcasts than on its conventional radio shows, according to CEO John Lansing. That dynamic had been projected to occur before COVID-19 hit U.S. shores.

NPR produces and distributes news and cultural programming. The organization’s flagship shows are two drive-time news broadcasts, Morning Edition and the afternoon All Things Considered; both are carried by most NPR member stations and are among the most popular radio programs in the country. As of March 2018, the drive time programs attract an audience of 14.9 million and 14.7 million per week respectively.

NPR manages the Public Radio Satellite System, which distributes NPR programs and another programming from independent producers and networks such as American Public Media and Public Radio International. Its content is also available on-demand online, on mobile networks, and, in many cases, as podcasts.