Newsom to release 8,000 prisoners in California by end of August 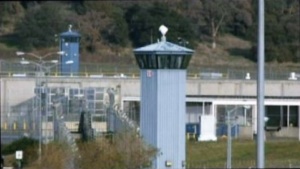 California officials announced that an additional 8,000 inmates would be released early from state prisons to prevent the spread of the novel coronavirus among both inmates and staff.

The move will allow prisons to use the extra space to impose social distancing rules, isolation, and quarantine measures, the state Department of Corrections and Rehabilitation said in a statement.

The department estimates 8,000 currently incarcerated persons could be eligible for release by end of August under these new measures, further decompressing facilities.

In the weekly press briefing by the Imperial County Health Department, Chief Probation Officer Dan Prince said that there were inmates that were being released but non from Calipatria State Prison.

According to the public health department, 17 inmates have tested positive for COVID-19 at the Calipatria prison.

“We are in contact with State officials regarding the release of inmates,” CEO Tony Rohoutas said.

To be eligible for release, inmates must have a year or less time to serve in their sentences, and must not be serving for domestic violence or a violent crime. They also must have no current or prior sentences that require a sex offender registration, and must not be considered at high risk for violence. Those over 30 years of age who are eligible will immediately be considered, while those ages 29 and under will have their release considered on a case-by-case basis.

CDCR’s previous pandemic emergency decompression efforts have reduced inmate populations systemwide by approximately 10,000, to reduce the risk of COVID-19 transmission within its facilities.